MILAN – Italy’s Saipem is set to take a more cautious approach to new green business after delays to a wind farm project helped to tip the energy contractor into issuing a profit warning, two sources close to the matter said on Wednesday.

Saipem, a market leader in subsea exploration and construction and provider of services to the oil industry, has been looking to offshore wind as part of a shift in focus to meet a growing client focus on green technologies.

But the transition is difficult as renewable energy requires a different set of skills to guarantee the kind of returns Saipem has achieved from its traditional fossil fuel business.

Last month, Saipem downgraded its earnings by one billion euros ($1.14 billion) due to a “significant deterioration” in margins for some contracts including offshore wind.

Its Chief Executive Francesco Caio was forced to pull a plan only presented in October and the company is racing to draw up a turnaround strategy, with adviser Rothschild.

Speaking on condition of anonymity because of the sensitivity of the issue, one of the sources said Saipem needed to focus more on its legacy business where its expertise is established and take more time to learn new skills needed for the renewables business.

A second source said that while margins in offshore wind could be better, the risks were higher for a company that needed time to build up experience.

Saipem’s problems have focused attention on the difficulties faced by energy contractors as they try to manage the transition to servicing renewable energy products without sacrificing other parts of their business.

Problems over seabed foundations led to delays at the Neart na Gaoithe wind farm off Scotland that Saipem is helping France’s EDF and Ireland’s ESB build.

On Wednesday Italy daily Il Sole 24 Ore said Saipem’s new general manager had outlined to the board steps needed to turn the contractor round, including a renewed focus on legacy work.

“We believe the market would appreciate the focus on the de-risking of the backlog,” Banca IMI analyst Roberto Ranieri said in a research note.

Saipem, controlled by energy group Eni and state lender CDP, will present a revised business plan on March 16 that is expected to include a capital increase and debt restructuring.

One of the sources said asset disposals were also being considered but cautioned any sale could be difficult in current market conditions. Saipem has previously said it was open to bringing partners on board for its drilling business 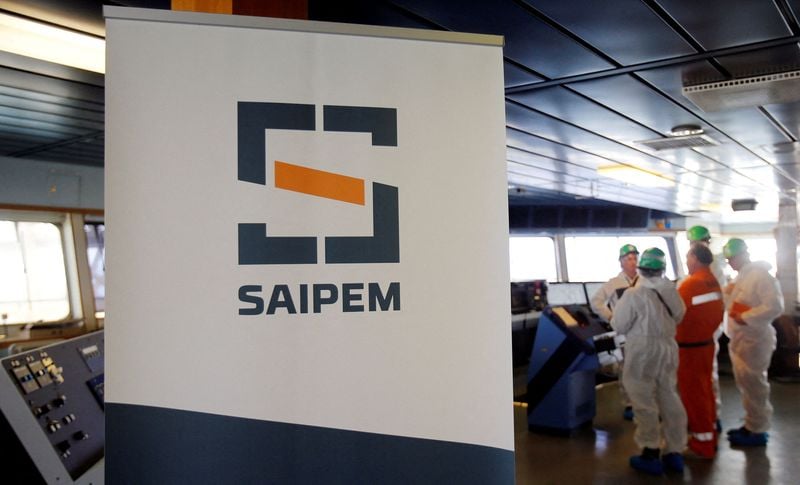