ABIDJAN – Ivory Coast plans to commit more than $20 million to helping cashew processors struggling against competition from Asia and to boost the percentage of the crop that gets processed in the country, a government source told Reuters.

The plan is still under discussion but is 90% finalised and will be announced in the next two weeks, the source said.

It will increase the subsidy given to national processing companies, though it was not clear by how much, and help them secure bank financing through the establishment of a guarantee fund worth more than $20 million.

Ivory Coast, the world’s largest cocoa producer, has also in recent years become the top grower of cashew nuts with an annual production of around 1 million tonnes. It processes only about 10% of that and exports the rest raw.

The government hopes the aid plan combined with private sector initiatives will help boost processing to 50% of national production by 2025 or 2026, which would allow Ivory Coast to compete with the world’s biggest processor, Vietnam.

Ivory Coast processes about 2.6% of cashews produced worldwide, behind Vietnam at 52.8%, India at 28.3% and Brazil at 2.8%, according to Ivorian government statistics.

“The campaign has started and we are still waiting for this processing plan to be unveiled,” said the head of one Ivorian processing company.

“We do not know not how long we will last, especially since the cashew processing activity in Ivory Coast is now structurally in deficit,” he told Reuters.

Of the 20 Ivorian processors, only four are operating, all at a loss. Eight others are bankrupt and eight are at least temporarily non-operational because their equipment is outdated or broken, according to a government study. 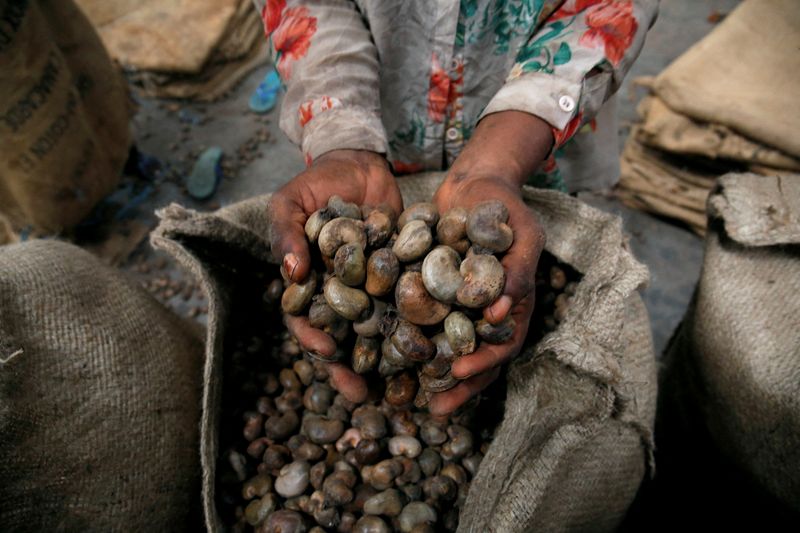