HONG KONG – As the Bank of Japan asserts its standing as a lone dove among its peers, the yen is reclaiming its status as the world’s most popular funding currency.

The trade comes with risks though, given the yen could revert to being a safe haven if tensions over Ukraine heighten or if an aggressive Federal Reserve triggers a markets selloff.

The yen’s conventional role as the cheap currency investors could borrow and use to finance ‘carry’ trades in higher-yielding markets was somewhat diluted during the coronavirus pandemic, as other central banks cut their rates to zero too.

But it is back as the favourite funding currency this week after the BOJ announced a special bond-buying operation to remind markets about its commitment to keep yields low for longer.

That stance is at odds with the Fed and central banks in Europe that have turned forcefully hawkish about inflation.

“If you’re an investor in London or Hong Kong and you’re thinking about which currency to fund a trade out of, you’re basically only left with one central bank … at least for the moment,” said Ben Shatil, a Tokyo-based FX strategist at JPMorgan.

“And that’s an environment that has typically favoured the yen as a funding currency for carry trades.”

Some things haven’t changed for the yen. Japan has one of the weakest currencies among the Group of Seven nations, sub-zero short-term rates and a domestic investor base desperately seeking returns abroad.

Yet, aside from the Ukraine factor, shorting the yen has become a riskier trade.

The prospect of rising energy prices and imported inflation might force the BOJ to raise rates. An associated risk is that the Fed goes too fast and far with its policy tightening, causing a global selloff in markets that spawns flows into the safe-haven yen.

In a typical carry trade, investors borrow the low-yielding yen or Swiss franc to invest in higher yielding assets elsewhere. Stability in the funding currency is key to keeping the cost of the trade down.

In deflation-plagued Japan, yen short-term deposit rates have been near zero for decades, and negative since 2016 when the BOJ adopted its yield-curve-control policy.

One example of a typical carry trade would involve borrowing yen to invest in Brazil’s money markets. That trade has returned an annualised 10.7% so far this year.

Paul Mackel, global head of FX research at HSBC, says investors may be going back to the yen as the funding currency of choice, but it’s risky.

“A carry trade is never going to be super smooth sailing, it’s always about picking up pennies in front of the steamroller, but that steamroller may be a little bit closer given these uncertainties associated with political risk,” Mackel said.

With the United States warning about an acceleration in the buildup of Russian forces on the Ukrainian border, the yen has been rising.

After testing its more than four-year low at 116.33 per dollar last week, it has strengthened sharply to 115.33. That sort of rapid appreciation erodes carry trades, most of which involve going short on the funding currency.

There are also worries that Japanese policymakers may become concerned about the economic impact of a weak yen, particularly given the country imports the bulk of its energy and oil prices are at seven-year highs.

Inflation has crept closer to the BOJ’s 2% policy target, which raises prospects the BOJ will loosen its grip on yields, and rising yields torpedo yen-funded trades.

The BOJ is keeping markets guessing. While it offered to buy an unlimited amount of bonds this week to underscore its resolve to contain domestic borrowing costs, it has made clear such offers would be made only sporadically.

For now, investors are buying into the dovish view.

The BOJ’s offer to buy bonds, “in the short term will probably quieten down what was quite a loud chorus of people saying that the BOJ would relent on yield curve control,” JPMorgan’s Shatil said.

This “creates a runway for a bit of yen weakness which would be helpful in the context of these carry trades.”

(This story refiles to correct 14th paragraph in the February 15 story by adding missing word research to analyst job title.) 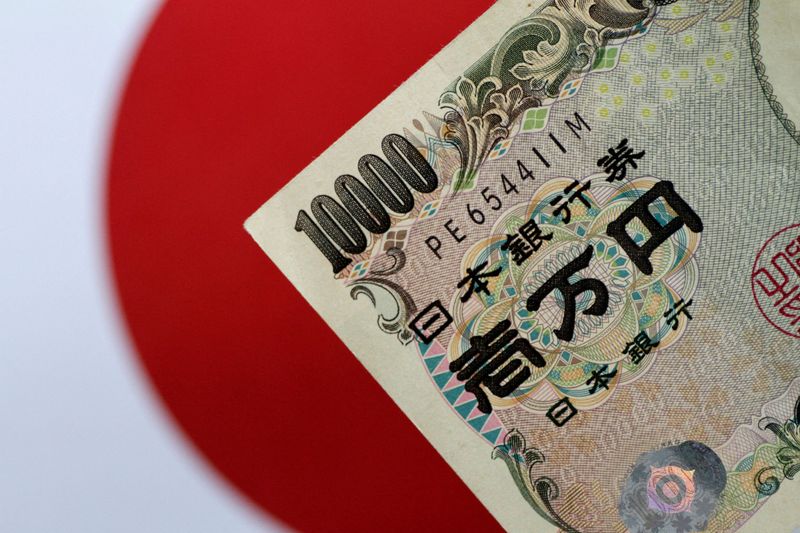