“It is not unusual for parties to a legal proceeding to disagree about the facts,” the attorney general’s office wrote in a letter filed in New York state court. “But it is truly rare for a party to publicly disagree with statements submitted by his own attorneys in a signed pleading — let alone one day after the pleading was filed.”

Trump’s attorneys repeatedly stated that he did not know enough to respond to allegations of inaccurate valuations. But the former president’s five-page statement got into detail about possible discrepancies, implying that he had more knowledge than his lawyers said.

On Monday, the attorney general’s office made public a Feb. 9 letter from Trump’s longtime accountant, Mazars, which said the Trump Organization’s financial statements for 2011 through 2020 should no longer be relied on and that it would no longer do work for the former president’s New York-based real estate business.

On Tuesday, Trump issued a five-page statement disparaging the attorney general and other New York officials, calling the investigation a political and racist attack, claiming Mazars had essentially been forced to resign, and defending the financial statements.

“Remember when the attorney general and or District Attorney say they think my financial statements may be high, I don’t even include these branding numbers in them, which is far more than any discrepancy they may have,” Trump wrote.

Instead of the “sham investigation” of his business, Trump said in another part of the five-page diatribe, law enforcement and the “fake news media” should look into former U.S. presidential candidate Hillary Clinton as well as “murderers, drug dealers and rapists.”


In a court filing on Monday in response to the attorney general’s allegations of misleading financial statements, Trump, through his attorneys, repeatedly denied he had knowledge or information to form a belief as to the claims.

The attorney general is seeking testimony from Trump and two of his adult children, Donald Trump Jr. and Ivanka Trump, as part of her civil probe of the company’s business practices.

Justice Arthur Engoron in New York state court in Manhattan will hear arguments on Thursday on whether subpoenas for the testimony should be enforced.

A separate but overlapping criminal case involving the company’s business practices is being conducted by the Manhattan District Attorney, which the attorney general joined in May. 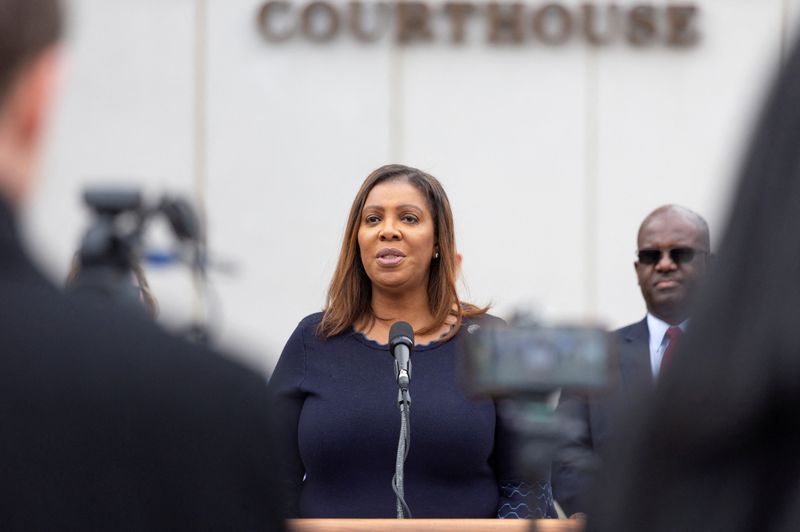