By Arriana McLymore and Siddharth Cavale

NEW YORK, NY – When Walmart on Thursday reports how it fared during the holiday quarter, investors also will want to see how higher labor, transportation and materials may affect the retailer’s margins, given its “Everyday Low Price” strategy.

Walmart U.S. CEO John Furner said on a November call with analysts that Walmart would be “the last” major retailer to raise prices on its merchandise, thanks to its relationships with suppliers.

“We’ve got so many suppliers to work with, and choose from …that can do things” to keep prices low despite inflation, he said. “As the months progress, we expect to find more” suppliers willing to roll back prices, he said at the time.​

But some investors questioned whether Walmart suppliers would be receptive to keeping prices low. Walmart’s total gross margins have fallen in each of the last two quarters and were particularly weak in the United States in the previous quarter, its first decline since the start of the pandemic, D.A. Davidson analysts said in a note.

“In an inflationary environment, we think that … there is going to be a significant margin pinch at Walmart,” said Josh Smith, lead portfolio manager at Capital Wealth Planning LLC.

Although Walmart was one of Smith’s top holdings since 2020, his fund sold its shares in early February. “For a stock trading over 40 times earnings and for a company that is not growing at 15% per year … we just think it is expensive and there are better alternatives right now,” he said.

Walmart CEO Doug McMillon previously has described the 4,700 U.S. store chain as an “inflation fighter” that provides shoppers with bargains without having to wait for special promotions and sales events.

The spread of the Omicron variant in the United States late last year has further strained supply chains and led to higher costs.

U.S. inflation rose 7.5% year-over-year in January, marking the largest annual gain in four decades. Across the U.S. online retail landscape, prices for groceries jumped 5.8% in January, a record high, according to the Adobe Digital Price Index.

Advertising revenue gleaned by Walmart could cushion some of the hit to its gross margins. Walmart sells digital ad space to consumer product companies and other major advertisers, through Walmart Connect, launched in late January 2021. Keybanc analysts expect Connect to earn over $3 billion in pre-tax earnings over time, helping Walmart offset higher costs.

Analysts are also watching any impact to Walmart Plus, the grocery-delivery subscription service that is open to shoppers who pay $12.95 per month. Rival Amazon.com recently increased the monthly fee for Prime to $14.99 from $12.99.

Randy Hare, director of Equity Research at Huntington Private Bank, said that if the economy goes into a recession, “that’s the type of environment where we really like Walmart,” Hare’s firm owns more than $40 million in Walmart shares.

“When you get a slowing economy,” shoppers become “a little bit more price conscious,” and more likely to seek out bargains at Walmart, he said. 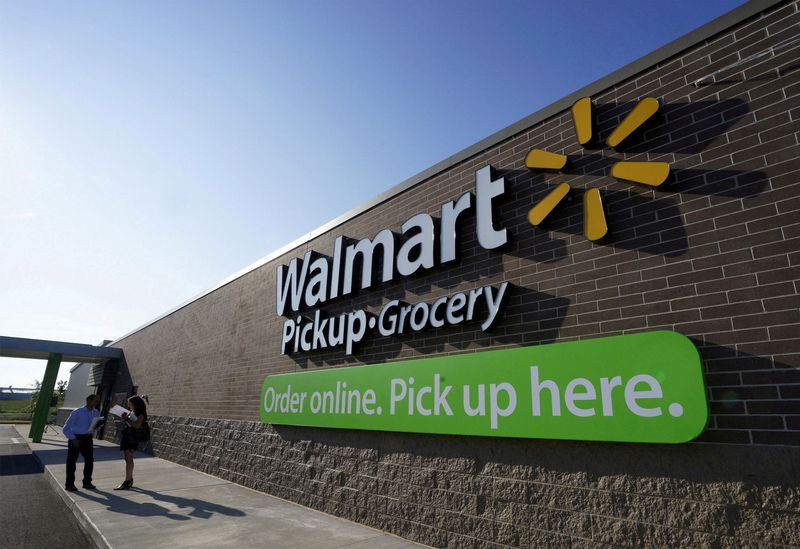