PARIS -Airbus hopes to reach an amicable solution in a row with Qatar Airways over damage to the surface of A350 passenger jets, Chief Executive Guillaume Faury said on Thursday.

The companies have been locked in a months-long dispute over paint erosion and deterioration to anti-lightning protection on the long-haul jets, which Airbus has acknowledged need attention while insisting the problems do not put safety at risk.

Qatar Airways has sued Airbus for more than $600 million andis refusing to take delivery of further A350s until itsregulator receives formal analysis of the problem.

Airbus has said Qatar Airways has mischaracterized the problem as a safety issue and misinterpreted the contract. Airbus moved recently to revoke contracts for two of the jets and a separate order for 50 smaller A321s.

“We had to make the decision to exercise our rights,” Faury told a results briefing. “This decision followed many attempts to find mutually beneficial solutions and we continue to hope for an amicable solution.”

Qatar Airways declined to comment. Both sides have pledged to defend their positions in what is seen as an exceptionally rare public dispute in the secretive planemaking industry.

While Faury’s remarks left the door open to a negotiated agreement, people familiar with the matter said there were few if any signs of progress in the dispute.

Qatar Airways is expected to seek a ruling that would prevent Airbus from cancelling the A321 deal, while Airbus is preparing to give its own defence.

The dispute over the scaly or damaged appearance of some Qatar Airways A350s, and the extent to which gaps in lightning protection material pose a safety risk, has gripped the industry for months and could affect long-term business ties.

Asked whether Airbus was prepared to lose Qatar Airways as a customer for good, Faury said, “I don’t like the situation, but we take it seriously and we want to defend our product at a time where we think what is said is not appropriate.”

A Reuters investigation in November revealed that paint and anti-lightning problems, originally presented as an isolated issue related to Qatar’s heat, had spread to at least five other carriers and that Airbus planned a design change.

Airbus has increasingly shifted its description of the problem away from paint to broader “surface degradation” and has acknowledged other airlines are affected, while maintaining that any damage is non-structural and does not make any jets unsafe.

“We are in discussions with all airlines when it comes to so-called surface degradation and are being super-transparent in explaining the situation to all of them. I am happy to say no other airline sees it as an airworthiness issue,” Faury said.

Industry executives say Airbus’ decision to revoke the separate contract for the in-demand A321 took many in the industry by surprise, prompting the International Air Transport Association to warn planemakers not to exploit market strength.

Airbus can resell the in-demand A321s or decide not to produce them to relieve pressure on its supply chain, while finding homes for the remaining A350s on order by Qatar would be difficult since long-haul demand remains low, analysts say.

Faury rejected any suggestion that Airbus was being swayed by commercial interests in its handling of the dispute.

“It is not self-serving; it comes from the contractual situation with Qatar Airways. We are now in a legal dispute and we have to take steps which are really linked to that very specific situation,” he said.

Airbus has also faced reports that it has taken a tough general line on deliveries during the crisis, though its sales chief emphasised at an air show this week that it had worked with airlines to accommodate hundreds of changes to schedules.

“I would like to say as well that for us at Airbus the relationship with our customers is of the utmost importance and we will continue to work hard to service them,” Faury said.

(Reporting by Tim HepherEditing by David Goodman and Susan Fenton) 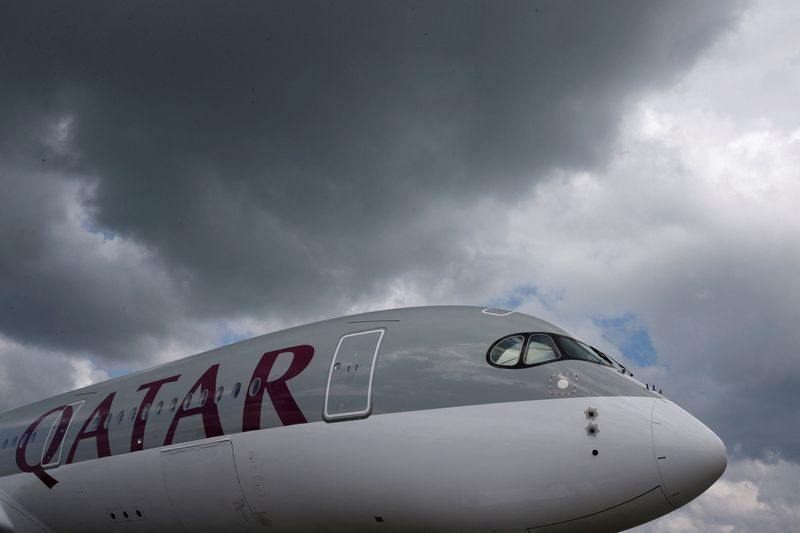