TOKYO – An expected reshuffle of the Bank of Japan’s board will give Prime Minister Fumio Kishida a chance to replace a reflationist member with a less-dovish policymaker in July, a move that could nudge the central bank away from its radical easy policy.

Any such change won’t lead to an immediate policy tightening and would mark only a subtle shift in the nine-member board, which has consistently voted to keep policy ultra-loose to fire up inflation to the bank’s elusive 2% target.

But the departure of Goushi Kataoka, seen as the most dovish member of the board, comes at a time other central banks are focusing more on fighting inflation, and as Governor Haruhiko Kuroda – the architect of the BOJ’s radical easing – faces the end of his second and last term in roughly a year.

“It’s just one vote but a very important one given Kataoka was always vocally against rolling back stimulus,” said Mari Iwashita, chief market economist at Daiwa Securities who is a veteran BOJ watcher.

“Not having such a strong opponent (against policy normalisation) in the board could smooth the groundwork for an eventual exit from ultra-loose policy,” she said.

A former economist, Kataoka has been a solo dissenter to the BOJ’s decision to keep its interest rate targets unchanged and consistently proposed cutting rates further.

He and former commercial banker Hitoshi Suzuki, who warned of the rising side-effects of prolonged easing but voted with the majority, will both see their five-year terms end in July. The successor of Suzuki is likely to come from the banking sector and unlikely to rock the boat on policy, analysts say.

The government is listing candidates to fill the openings and could present its nominees to parliament as early as next month, say two sources familiar with the matter.

The choice will give markets a taste of Kishida’s policy bias. While stressing the need to maintain monetary support for now, the premier has distanced himself from his predecessor Shinzo Abe’s aggressive stimulus policies and had warned in the past against keeping interest rates low for too long.

Many of Kishida’s close associates are former finance ministry bureaucrats-turned lawmakers who – unlike aides of Abe who influenced BOJ personnel decisions – are wary of relying too much on heavy money printing to spur growth.

The finance ministry has traditionally focused on spending cuts and tax hikes in getting Japan’s fiscal house in order. That runs counter to the reflationists’ view that by spurring growth with bold monetary and fiscal stimulus steps, Japan can rein in its huge debt without raising tax.

“There’s a good chance the government will choose someone more neutral on monetary policy,” said a third source. “It’s hard to see a reflationist-minded person being chosen if the finance ministry has strong influence in the process.”

The board will be left with even fewer doves in a revamp of the BOJ’s leadership early next year, when Kuroda and his two deputies see their terms end including Masazumi Wakatabe – another proponent of aggressive easing.

The two remaining reflationist-minded board members, Asahi Noguchi and Seiji Adachi, no longer speak of the need to ramp up stimulus to quicken achievement of the BOJ’s price target.

While the BOJ will likely be the last in line to raise interest rates due to low inflation, the shrinking presence of doves could also affect the pace at which it rolls back Kuroda’s legacy stimulus programme, some analysts say.


“Kishida may try a different approach.” 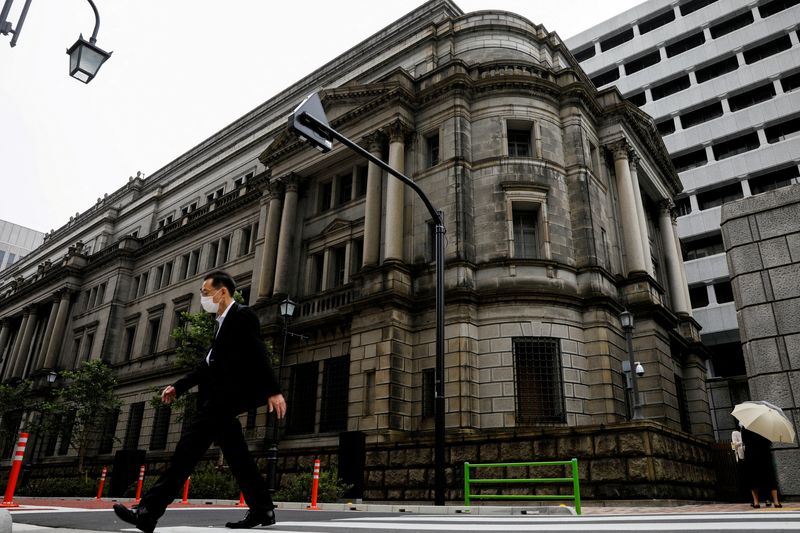