By Joseph White and Kannaki Deka

-No. 1 U.S. auto retailer AutoNation Inc beat Wall Street estimates for fourth-quarter profit and revenue on Thursday on robust demand for used vehicles boosted by consumer preference for personal transportation due to the COVID-19 pandemic.

Shares of the company were up as much as 5% in premarket trading.

The results cap off a year of breakneck profit growth for the auto retail industry, with sales surging as consumers, flush with cash, scramble to buy cars at record high prices.

“We expect consumer demand for personal vehicle ownership to remain strong for the foreseeable future,” Mike Manley, who took over as AutoNation’s chief executive officer on Nov. 1, said in a statement.

Manley told Reuters that AutoNation’s results reflect structural improvement in the profitability of its finance and insurance and after-sale service operations. The company is also benefiting from its approach to the used vehicle market, he said.

AutoNation is now acquiring 90% of the used vehicles it sells through trade-ins or by buying vehicles from consumers, allowing the chain to largely bypass the price volatility of auto auctions, Manley said. The company said it plans to open 12 more AutoNation USA used vehicle stores during the next 12 months.

AutoNation also has “an active interest in M&A” to add to its portfolio of new vehicle franchises, Manley said.

Rising interest rates, which increase monthly payments for consumers buying on credit, are “certainly something we are going to watch,” Manley said. But now, Manley said “We’ve got a degree of pent-up demand that will be fulfilled.”

AutoNation said incoming new vehicle inventory, for the most part, had already been preordered by customers.

The Fort Lauderdale-based company said revenue from the sale of used vehicles rose 55% from a year earlier.

However, retail unit sales of new vehicles fell 20% in the quarter ended Dec. 31.

(Reporting by Kannaki Deka in Bengaluru and Joseph White in Detroit; Editing by Amy Caren Daniel and Mark Porter) 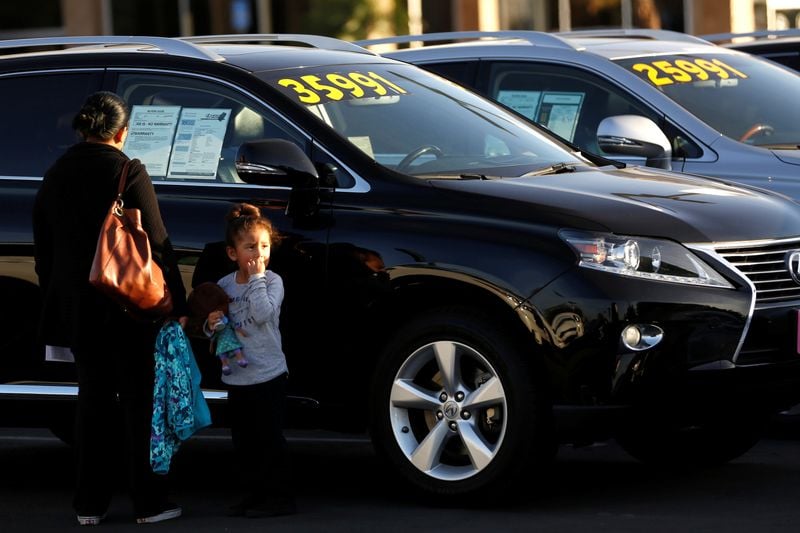