BEIJING – Enterprising Chinese college graduates will be able to borrow up to half a million yuan ($78,900) in the wealthy province of Zhejiang to start a business, and if it goes belly-up, the government will help pay at least 80% of the loan.

The generous plan, unveiled at a news conference hosted by China’s state planner on Thursday, underscores official concerns about job prospects for the country’s millions of graduates in a labour market that has tightened due to slowing economic growth.

Zhejiang is also the testing ground of President Xi Jinping’s so-called “common prosperity” drive. The province, a manufacturing powerhouse by the coast, has been tasked with piloting policies to narrow income disparities by 2025.

If graduates’ startup businesses go sour, the government can help pay at least 80% of their loans and 100% if it is less than 100,000 yuan, Chen Zhong, vice director at Zhejiang province’s Human Resources and Social Security Department, told reporters.

College graduates can also enjoy a living allowance and housing subsidies from 20,000 to 400,000 yuan if they work in Zhejiang, China’s fourth-biggest province by economic output.

Last week, the National Development and Reform Commission (NDRC) said the central government will offer special help to young entrepreneurs and roll out incentives for small companies that employ fresh graduates, estimated to reach a record 10.76 million across the country this year.

New graduates coming to Zhejiang will now be able to obtain a “hukou”, or residency, with no strings attached, according to Chen, although restrictions to apply for a hukou in the downtown area of the provincial capital of Hangzhou would remain.

Hukou, aimed at ensuring urban resources are not overwhelmed by migrant workers, impose limits on home ownership and benefits for out-of-towners.

“Most projects by college students are not reliable. And the amount of money may only be useful for them to set up street stands,” said a Shanghai-based venture capitalist, who declined to be identified due to company policy. 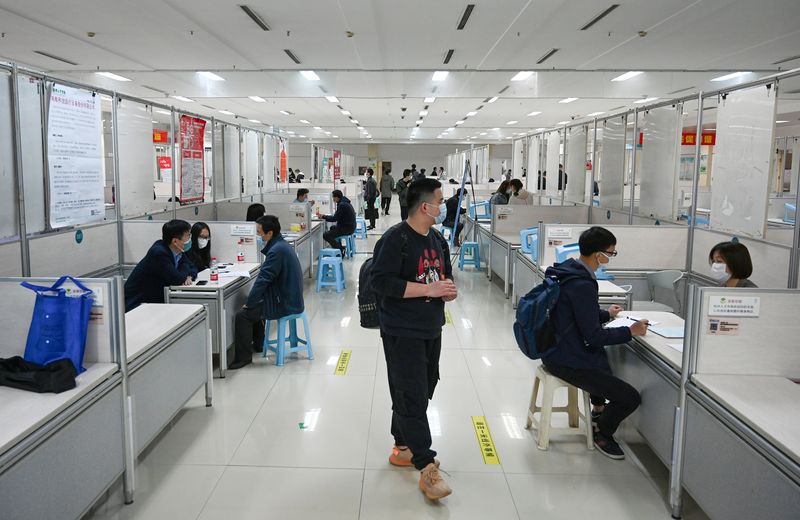 PALICZ: ‘No’ New Audits Is The Biden Admin’s ‘You Can Keep Your Doctor’

‘We’re Going To Find You’: Govt Struggles To Prosecute Billions Of Dollars’ Worth Of Covid Fraud