WASHINGTON – Misinformation about science is increasingly prevalent and a significant public health threat that the U.S. Food and Drug Administration will focus on fighting, incoming Commissioner Robert Califf said on Thursday.

Califf, who was sworn in on Thursday, did not specify any particular misinformation the FDA should fight, but millions of Americans still refuse COVID-19 vaccines, with many conservative media outlets and Republicans in the U.S. Congress spreading doubt about their effectiveness.

Healthcare workers say misinformation is the single most important factor influencing people who refuse to get vaccinated while COVID-19 kills around 2,200 Americans a day, the majority of whom are unvaccinated.

“These kinds of distortions and half-truths that find their way into the public domain do enormous harm, both by leading people to behavior that is detrimental to their health and by causing them to eschew interventions that would improve their health,” said Califf.

“A purely reactive mode is not appropriate, particularly in this new era of social media,” he told FDA staff in a public letter outlining his priorities, adding that the agency will be more proactive in providing the public with health information.

Pandemic response will remain the FDA’s primary focus, Califf said, but it will apply the lessons learned to speed the development of new treatments to other diseases like cancer.

The Senate narrowly confirmed Califf on Tuesday after some senators had argued his ties to the pharmaceutical industry or views on birth control made him unfit to lead the FDA.

Calif, 70, previously served as commissioner under President Barrack Obama. He takes the helm at the FDA for a second time 13 months after it last had a permanent leader.

Some senators criticized the FDA response to the opioid crisis under his leadership. Califf said the crisis was a key priority and that current efforts had come up short.

“With over 100,000 deaths from overdose in the past year alone, we must accept that all the hard work so far has not been enough,” he said.

Califf said he also plans to focus on tobacco harm-reduction and preventing electronic cigarette use among young people. 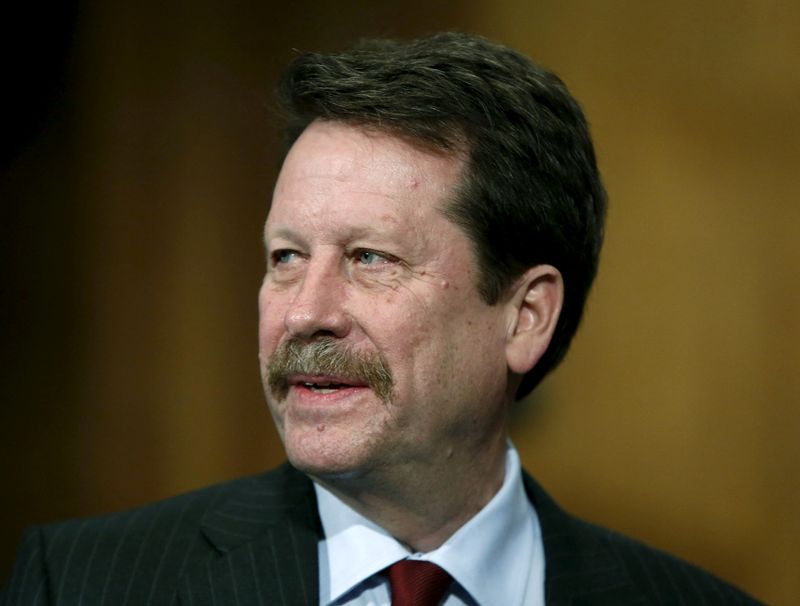