Helped by oil products, food and pharmaceuticals, 2021 exports hit around 317 billion euros ($360 billion), 9.1% higher than in 2019, when global trade was flowing normally before the COVID-19 pandemic.

Exports to Britain were still 5.4% below 2019 levels and imports of British goods have fallen by 26% after the country’s exit from the European Union in January 2021, with some border controls yet to be implemented.

A senior source from the department of Commerce told Reuters the easing of trade tensions between Europe and the United States also helped the Spanish exports recovery, as well as a lesser dependence on markets most affected by supply problems such as Asia.

Spain was one of the countries affected by the tariffs imposed in the US-EU Airbus dispute, and in a row over taxes on big tech companies.

By type of traded goods, only the auto sector performed below 2019 levels, with an 8.5% drop in exports and a 19.5% slump in imports, largely due to global shortages of semiconductors that have led to temporary closures of some factories. 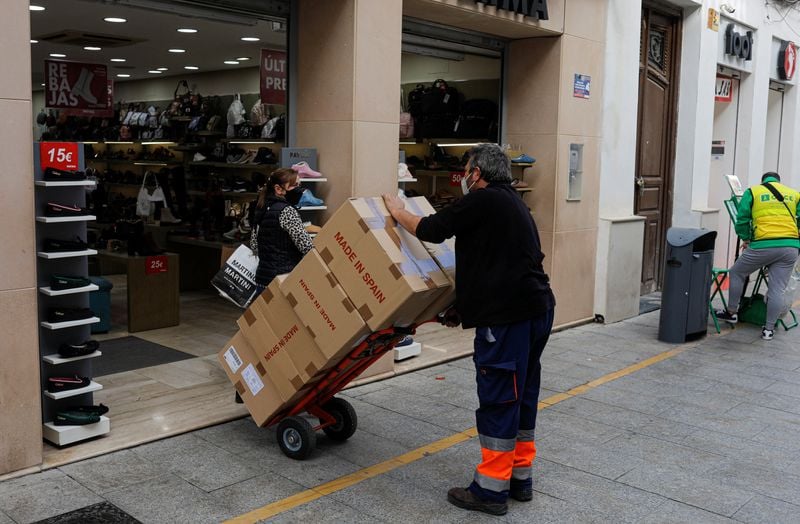