(Refiles to reflect the official name of the advocacy group)

WASHINGTON – The U.S. Justice Department is completing a review of an enforcement initiative aimed at combating Chinese espionage and intellectual property theft, an examination that former officials and critics expect will result in a shift away from its controversial targeting of academic researchers.

The so-called “China Initiative” was launched in 2018 during the Trump administration and spearheaded by former U.S. Attorney General Jeff Sessions. Its stated goal has been to broadly counter what the department said were “Chinese national security threats.”

Previous administrations have probed academics for allegedly sharing proprietary information with China. However, the Trump Justice Department expanded the effort by investigating professors at U.S. universities over whether they disclosed financial ties to China when seeking federal grant funding and scrutinizing visiting Chinese scholars from military affiliated universities.

But following the collapse of several cases against researchers and blowback from civil rights groups and some lawmakers who said the program has fueled racial profiling of Chinese scientists, the Biden Justice Department launched a review of the initiative.

Former officials and stakeholders say they expect the Justice Department will shift away from prosecuting professors, cases that university faculty say have chilled research and scared Chinese American academics.

They also expect the department to remove the word “China” from the program’s name, amid concerns that label could fuel anti-Asian rhetoric.

“The cases they brought against professors had nothing to do with spying or espionage,” said U.S. Representative Ted Lieu, Democrat of California. “It was simply racial profiling.”


Matthew Olsen, who leads the department’s National Security Division, has been reviewing the initiative and is expected to complete the effort “soon,” a Justice Department spokesman said.

Lieu and other members of the Congressional Asian Pacific Caucus met with Olsen last month to discuss the initiative amid the review.

But supporters and critics of the program alike say the department is unlikely to fully abandon the initiative and instead re-focus on state-sponsored espionage and trade secret theft investigations, potentially leaving some critics unsatisfied.

“For us certainly, any sort of rebranding of the China Initiative and simply dropping the name China from it would not be enough for us,” said John Yang, the head of the Asian American Justice Center.

The China Initiative still has support from key officials within the Justice Department, including FBI Director Christopher Wray, who in a recent speech said the bureau has over 2000 active trade theft cases and opens a new case involving China every 12 hours.

“There is just no country that presents a broader threat to our ideas, our innovation, and our economic security than China,” Wray said.

The China Initiative has led to some high-profile cases, including its bank fraud case against Huawei Chief Financial Officer Meng Wanzhou. Other notable cases include one accusing Chinese officials of hacking American companies, and the department’s Operation Fox Hunt case alleging Chinese officials traveled to the U.S. to harass dissidents into returning home to face charges.


However, the controversy surrounding the cases in academia has cast the program in a negative light.

At least 20 academic researchers have faced charges, including Charles Lieber, a Harvard University professor convicted in December of concealing his ties to China in connection with federally funded research.

But almost half of the academic cases were based on flawed evidence or premises, resulting in at least nine prosecutions out of some 20 cases being dismissed before trial or ending in acquittals.

Most recently, the department dropped charges last month against Massachusetts Institute of Technology professor Gang Chen, after prosecutors admitted they could not prove he had hidden ties to China when seeking federal grant funds.

Moreover, a November survey by Chinese American advocacy group https://www.committee100.org/wp-content/uploads/2021/10/C100-Lee-Li-White-Paper-FINAL-FINAL-10.28.pdf Committee of 100 and the University of Arizona found about 42% of non-U.S. citizen Chinese scientists say they are now inclined to leave the United States because of the China Initiative and the FBI investigations.

Andrew Lelling, the former Massachusetts U.S. attorney under Trump, said he supported the China Initiative, but now agrees that the department should shift away from targeting academics.

“All the universities now focus more on transparency,” he said, adding that the program has affected how academics share information about their relationships.

“All of the researchers in international collaborations are now scared to not disclose them.” 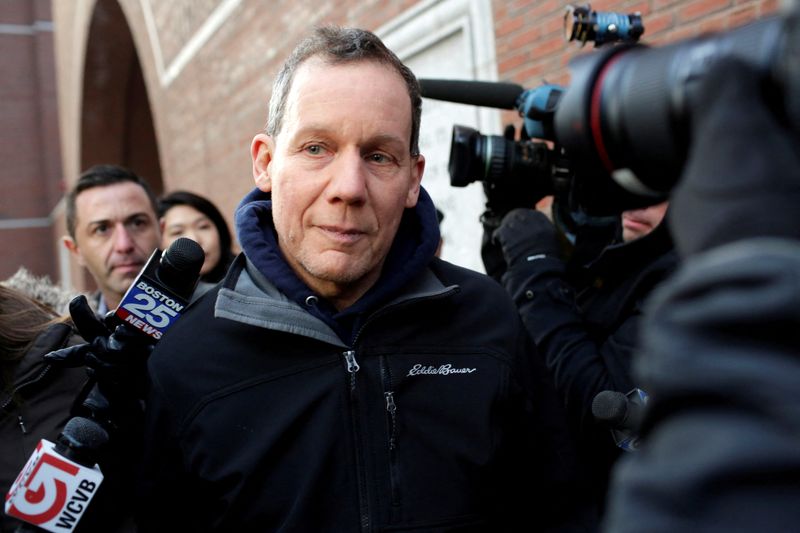