WASHINGTON -The head of the U.S. Federal Aviation Administration (FAA) who is leaving halfway through his five-year term said on Thursday that he was not pressured by the White House to resign.

FAA Administrator Steve Dickson, a pilot and former Delta Air Lines executive who was tapped for the job by President Donald Trump in 2019, told a small group of reporters he had decided to leave effective March 31 because of family reasons.

Asked if Transportation Secretary Pete Buttigieg or the White House had pressured him to step down, Dickson said no, “in fact, they asked me to stay.”

Dickson, 64, held up a photo of his family on his cell phone when asked why he is departing. “It’s been a tough couple years for my family. I just need to go home,” he said.

“I am very proud of what we’ve done at the agency the last couple years to reinvigorate the safety culture.”

Dickson faced criticism from people inside the Biden administration over a 5G aviation standoff. Airline CEOs on Jan. 17 warned of a “catastrophic” aviation crisis that could have grounded almost all traffic because of the 5G deployment.

Hours before the planned Jan. 19 deployment, Verizon and AT&T agreed to delay deploying about 510 5G wireless towers near airports. That did not prevent dozens of foreign airlines from canceling U.S.-bound flights over concerns 5G signals could interfere with planes, and cast the U.S. regulatory system in a bad light.

A White House official told Reuters in an email it was “not true, unequivocally, that (the White House) or anyone asked him to resign. Over anything.”

Buttigieg praised Dickson’s tenure in a statement on Wednesday. “Steve has been the FAA’s steady and skilled captain, and his tenure has been marked by steadfast commitment to the FAA’s safety mission,” he said. 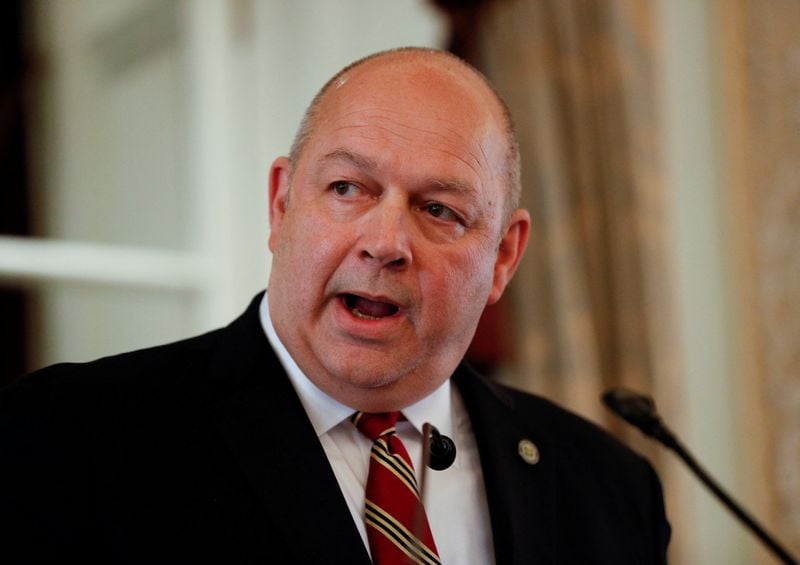