It said such support, which includes favorable regulatory support to Chinese industry and limited market access for imported goods and services, is often aimed at specific targets for capacity, production and market share.

The report, issued annually to Congress since China joined the WTO in 2001, is the first issued under U.S. Trade Representative Katherine Tai and reflects her China trade strategy.

“China has not moved to embrace the market-oriented principles on which the WTO and its rules are based, despite the representations that it made when it joined 20 years ago,” Tai said in a statement. “China has instead retained and expanded its state-led, non-market approach to the economy and trade.”

The USTR report said the United States needs to update its domestic trade law tools to reflect the current realities of China’s trade policies “to secure a more level playing field for U.S. workers and businesses.”

A sweeping China competition bill passed by the U.S. House of Representatives and under consideration in the Senate would expand the use of anti-subsidy tariffs to target cross-border subsidies for Chinese companies that invest in offshore production to skirt U.S. duties.

“It is also apparent that existing trade tools need to be strengthened, and new trade tools need to be forged,” USTR said in the report. “China pursues unfair policies and practices that were not contemplated when many of the U.S. trade statutes were drafted decades ago, and we are therefore exploring ways in which to update our trade tools to counter them.”

The report said the United States was still pursuing bilateral engagement “to hold China accountable for its existing commitments”, including under the Phase 1 agreement.

It also said China had failed to make good on other Phase 1 commitments. These include regulatory approvals for U.S. agricultural biotechnology and a risk assessment on the use of ractopamine, a feed additive used to produce leaner pork and beef in the United States.

Gao Feng, spokesman for China’s Ministry of Commerce, on Thursday urged the United States to adopt a reasonable and practical approach to trade with China, so that bilateral ties could return to the right track.

“U.S. labelling China as non-market oriented does not have any proof in international economic and trade rules, nor is it consistent with the facts,” Gao said. 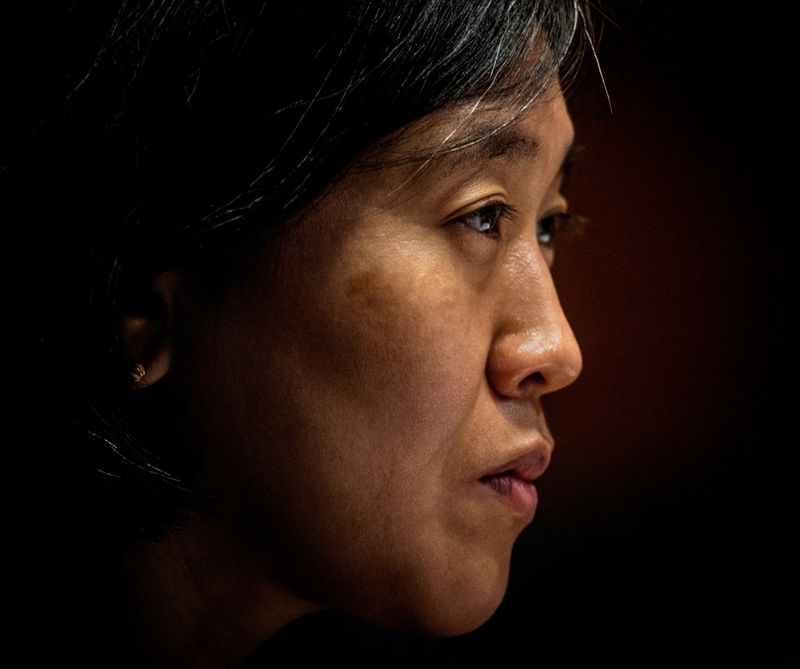