A look at the day ahead from Danilo Masoni.

Beneath the surface of the wild swings that have gripped markets this year, there is a strong trans-Atlantic current of rising corporate profits steadily beating estimates.

The question is, when will asset prices take notice?

Investors are still busy navigating their way out of the rough waters of Ukraine war scenarios and rate hike whirlpools, but once the geopolitical and macro storms clear up, they might find favourable tailwinds in calmer waters awaiting them.

The rate of earnings beats on Wall Street has come above the typical quarter at 78%. Even in Europe, where the fourth-quarter reporting season peaks this week, it is cruising above usual averages, at over 62%, per Refinitiv data.

And what’s more, 2022 could be another year where profits smash initial estimates. Swiss bank UBS sees 15% EPS growth this year for Europe, double the actual consensus, betting firms will keep passing rising costs on to customers.

So stocks could offer an inflation hedge, but tread softly. Roblox fell 26% in the latest display of how the tide has turned for high-flying tech and pandemic darlings that don’t keep up with expectations. Remember Facebook and Delivery Hero?

For now markets remain on edge after Russian-backed separatists in Ukraine accused government forces of attacks and the U.S. said Russia’s claim of withdrawing troops was false, although on the positive side, the Fed minutes soothed worries over a supersized rate hike next month.


European and U.S. stock futures are heading south, government bonds are catching a bid and gold is nearing 8-month highs. 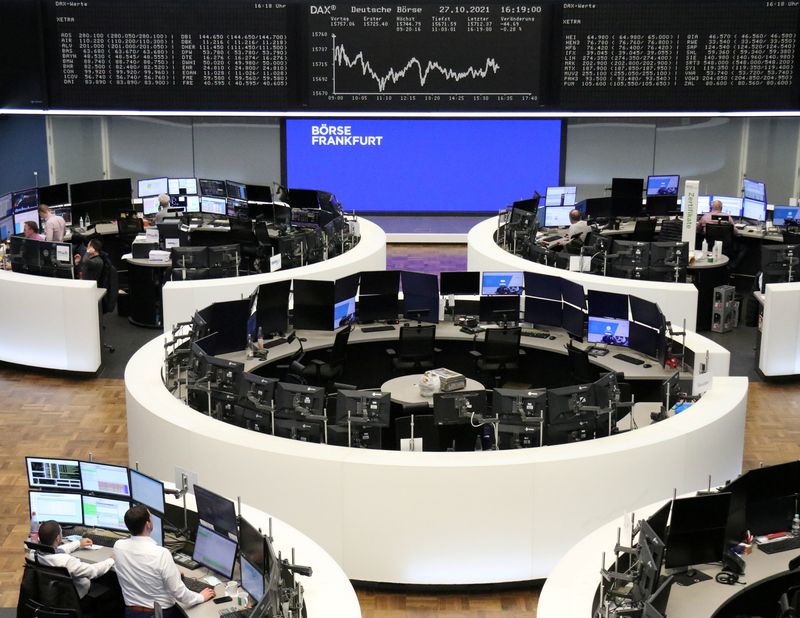