Investors have awarded Tesla’s leadership on in-car software with a market value of $905 billion that dwarfs traditional carmakers, many of which are now scrambling to roll out their own ability to offer over-the-air software updates.

However, Tesla’s risk-friendly culture and its desire to quickly release cutting-edge technology has also put it on collision course with U.S. safety regulators, which have launched a string of recalls and investigations into the carmaker in recent months. The latest included the opening of a formal probe on Thursday into reports of unexpected brake activation.

“There’s definitely the mindset that you can fix fast so you can take a higher risk,” Florian Rohde, a former Tesla validation manager who is now a consultant, said about the electric carmaker’s ability to issue remote updates.

That behavior was illustrated earlier this month when the National Highway Traffic Safety Administration (NHTSA) ordered Tesla to issue a recall to prevent some of its vehicles from making “rolling stops” instead of coming to a complete halt at some intersections. That feature violated state laws and was a safety risk, the agency said.

Tesla Chief Executive Elon Musk, who has a long history of clashing with U.S. safety officials, denied there was a safety issue with the function. “The car simply slowed to ~2 mph & continued forward if clear view with no cars or pedestrians,” Musk wrote on Twitter.

But the carmaker nevertheless issued a software update to disable the function. NHTSA officials on Thursday said they would push for recalls if they feel safety risks may exist in any vehicles.

Tesla has said it develops almost all its software to allow for regular over-the-air updates. The carmaker has issued software updates that control vehicle performance, braking, battery charging and infotainment functions.

Tesla has led the auto industry in over-the-air recall updates. While nearly all recalls issued by NHTSA since 2020 required physical fixes, seven of Tesla’s 19 recalls since January 2020, or 37%, were addressed with over-the-air software updates, an analysis of public data showed.

Unlike traditional recalls that require a trip to the dealership, remote updates are cheaper and can ensure that all vehicles receive the required fix. Traditional recalls have shown an average compliance rate of around 70%, with that rate falling to less than 50% for older cars, according to NHTSA data.

With other automakers racing to offer the same upgrades as Tesla, safety experts are concerned wider over-the-air updates could open the door to carmakers lowering their safety thresholds by rushing out immature updates.

The dispute over Tesla recalls comes as the automaker faces increasing scrutiny by several U.S. agencies over its conduct and CEO Elon Musk’s personal behavior. Musk’s attorney on Thursday accused the U.S. Securities and Exchange Commission of an “endless” investigation to punish him for criticism of the U.S. government.

Tesla did not respond to a request for comment, but it has criticized the agency for “anachronistic regulations”. Analysts wonder whether the company’s fast-moving, technology-centered culture could lead to issues.

“The problem is, when you try to apply the Silicon Valley mindset to automobiles, it’s a very different situation,” said Guidehouse Insights analyst Sam Abuelsamid, a former automotive software engineer. He added Tesla should do more internal testing before releasing updates.

But the software shift also raises new challenges for regulators, with some experts questioning whether NHTSA has the expertise to validate modern technology.

“I haven’t seen any evidence that NHTSA has people with the experience and expertise to deal with software issues right now,” said Don Slavik, a Colorado-based lawyer who has served as a consultant in automotive technology lawsuits, including many against Tesla.

NHTSA’s recent investigations into Tesla have centered around the carmaker’s driver assistance system Autopilot and what Tesla calls its Full Self-Driving (Beta) software – technology that allows about 60,000 Tesla users in the United States to test the company’s autonomous technology on public roads.

While the aggressive approach allows Tesla to deploy software updates faster than the competition, “it puts untrained drivers in the position of having to compensate for potential software defects,” said Philip Koopman, a Carnegie Mellon University professor working on autonomous vehicle safety.

“A two-ton vehicle is not the same as a desktop computer or your laptop crashing,” Consumer Reports’ Wallace said. “Automakers and their suppliers need to treat software that relates to safety like it’s a life-and-death issue.” 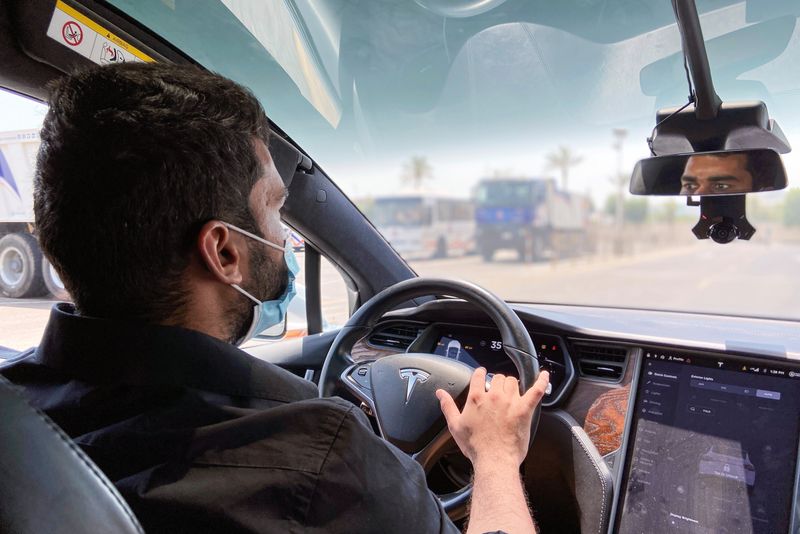