Apple will hold its annual shareholder meeting on March 4.

Apple and independent third-parties audited the company’s global suppliers in 2020 and found no evidence of forced labor, its latest proxy filing said. Apple also releases reports with information on the protection of its supply-chain workers.

But independent human rights investigators have reported that some Apple suppliers have participated in the Chinese government’s forced labor program in the Xinjiang region, “bringing into question the effectiveness of these policies and procedures,” ISS said in a report to investors issued Tuesday.

A group of shareholders have asked Apple’s board to prepare a report on how the company protects supply-chain workers from forced labor. The request covers the extent to which Apple has identified suppliers and sub-suppliers that are a risk for forced labor, and how many Apple has taken action against.

“The big picture dream is that Apple puts in place a much more solid set of policies and procedures, eliminating forced labor from its supply chain and living by its code of conduct which says it has zero tolerance for forced labor,” said Vicky Wyatt, campaign director for SumOfUs, a group supporting the shareholder proposal.

The U.S. Securities and Exchange Commission in December declined an effort by Apple to skip the shareholder proposal. That same month, American lawmakers passed a bill banning imports from China’s Xinjiang region over forced-labor concerns.

Apple declined to provide more details, but its proxy said the company rigorously evaluates labor and human rights risks associated with prospective suppliers before signing them up. 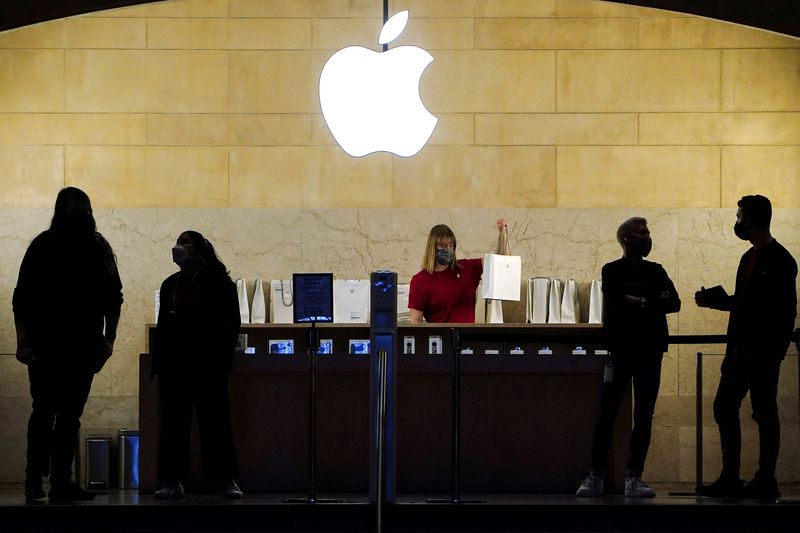