By Jorge Otaola and Adam Jourdan

BUENOS AIRES – Argentina’s deal with the International Monetary Fund (IMF) to refinance over $40 billion in debts is trudging closer to the finish line, despite protests in the South American country that has a long and uneasy history with the global lender.

The two sides have been in winding talks for over a year to revamp a failed $57 billion facility agreed in 2018 under former conservative president Mauricio Macri, which was unable to keep Argentina from sliding into debt, currency and economic crises.

A final agreement that could be worth $40-45 billion appears likely in coming weeks after an “understanding” with the IMF in late January. The accord would still need IMF board approval and support in Argentina’s Congress, where some lawmakers have openly opposed it.

“We understand that it may be soon,” presidential spokeswoman Gabriela Cerruti told reporters when asked about sending the agreement to Congress.

“We are going to reach the best possible agreement that will help us start finding a solution to the largest debt Argentina ever took on, and also the largest that the IMF ever gave out.”

The difficult talks have buffeted stocks and sovereign bonds, which are in distressed territory even after a major $110 billion debt restructuring with private creditors in 2020.

Some local media reported a deal could come as early as this weekend, though officials privately talked down this possibility, signaling it would likely be later this month.


“My understanding was next Friday an agreement on the IC (letter of intent) would be sealed and after March 1 it would be sent to Congress,” one official said.

Another government official with knowledge of the talks said: “We keep working. No news is expected over the weekend. Of course it is closer and we will have to be attentive next week or the following one.”

Both sides are keen to seal a deal before major payments from the 2018 agreement start to come due next month, with the country grappling with depleted foreign currency reserves and a drought that is weighing on grain crops, its key export.

Argentina’s central bank lifted the benchmark interest rate to 42.5% on Thursday, its steepest hike since 2019, aiming to rein in annual inflation now running at more than 50% and edge towards positive real interest rates.

Ayelen Romero, account executive at Rava Bursátil, a local brokerage, said investors were hopeful a final deal was near, which could help bolster markets.

“It would appear that the definitive signing with the IMF and the end of the negotiation on the agreement are approaching,” she said. 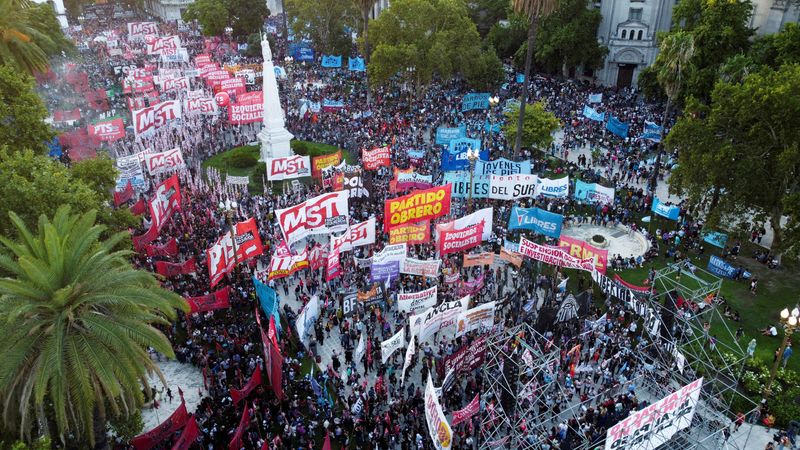