-New York Federal Reserve Bank President John Williams said Friday there is little need for the Fed to kick off its interest rate hiking cycle with a big move, advocating instead for the central bank to raise rates “steadily” and adjust the pace if needed.

His comments push back against those of other Fed officials, including St. Louis Fed President James Bullard, who say the central bank should front load some of its interest rate increases once it begins lifting rates in March from near-zero levels.

“I don’t see any compelling argument to taking a big step at the beginning,” Williams told reporters on Friday. “I think we can steadily move up interest rates and reassess.”

Williams said policymakers can speed up or slow down the pace of rate increases later on depending on what happens with the economy. A path in which the federal funds rate moves to a range of 2% to 2.5% by the end of next year makes sense, he said.

After interest rate increases are underway, the next step would be for the Fed to begin reducing its holdings of Treasury securities and mortgage-backed securities, Williams said during a virtual event organized by New Jersey City University. He expects that process to start later this year.

After the event, Williams told reporters that he thinks the Fed will be able to shrink its holdings substantially primarily by letting securities roll off the balance sheet as they mature. He said the Fed may consider selling MBS at some point to achieve its goal of moving to a portfolio that invests mainly in Treasury securities, an approach supported by some other Fed officials as well.

Williams said he expects real U.S. GDP to grow by slightly less than 3% this year and for the unemployment rate to drop to about 3.5% by the end of the year. He projects personal consumption expenditures (PCE) price inflation to decline to about 3% and for it to fall further next year as supply challenges improve. 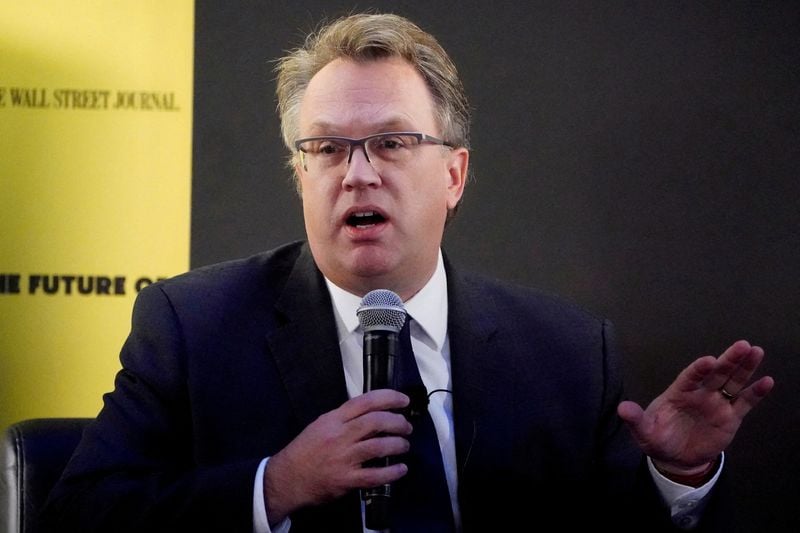