BERLIN/LISBON -A ship carrying around 4,000 vehicles, including Porsches, Audis and Bentleys, that caught fire near the coast of the Azores will be towed to another European country or the Bahamas, the captain of the nearest port told Reuters on Friday.

Lithium-ion batteries in the electric cars on board the vehicle carrier Felicity Ace have caught fire and the blaze requires specialist equipment to extinguish, captain Joao Mendes Cabecas of the port of Hortas said.

It was not clear whether the batteries first sparked the fire.

“The ship is burning from one end to the other… everything is on fire about five metres above the water line,” Cabecas said.

Pictures provided by the Portuguese maritime authority showed severe burns on the bow and along the 200-metre-long 200 meters (220-yard-long) side of the ship, which according to Refinitiv data was built in 2005 and can carry 17,738 tonnes of weight.

Towing boats were on route from Gibraltar and the Netherlands, with three due to arrive by Wednesday, Cabecas said. He added the vessel could not be towed to the Azores because it was so big it would block trade at the port.

A 16-person salvage team from Smit Salvage, owned by Dutch marine engineer Boskalis, was sent to the ship to help control the flames, Boskalis said.

The Panama-flagged ship, owned by Snowscape Car Carriers SA and managed by Mitsui O.S.K. Lines Ltd, was travelling from Emden, Germany – where Volkswagen has a factory – to Davisville in the United States, based on the Maritime Traffic website.

Mitsui O.S.K. Lines Ltd and Smit did not immediately respond to a request for comment.


The 22 crew members on board were evacuated on Wednesday, when the fire broke out, with no one hurt, Portugal’s navy said in a statement.

Around 1,100 Porsches and 189 Bentleys were on board, spokespeople for the car brands owned by Volkswagen said. Audi, another Volkswagen brand, confirmed some of its vehicles were also on the ship but did not state how many.

Volkswagen did not confirm the total number of cars on board and said it was awaiting further information.

YouTuber Matt Farah, whose automotive review channel “The Smoking Tire” has more than a million followers, said on Twitter he was contacted by a car dealer who said the Porsche he ordered was aboard the ship.

“My car is now adrift, possibly on fire, in the middle of the ocean,” Farah tweeted. 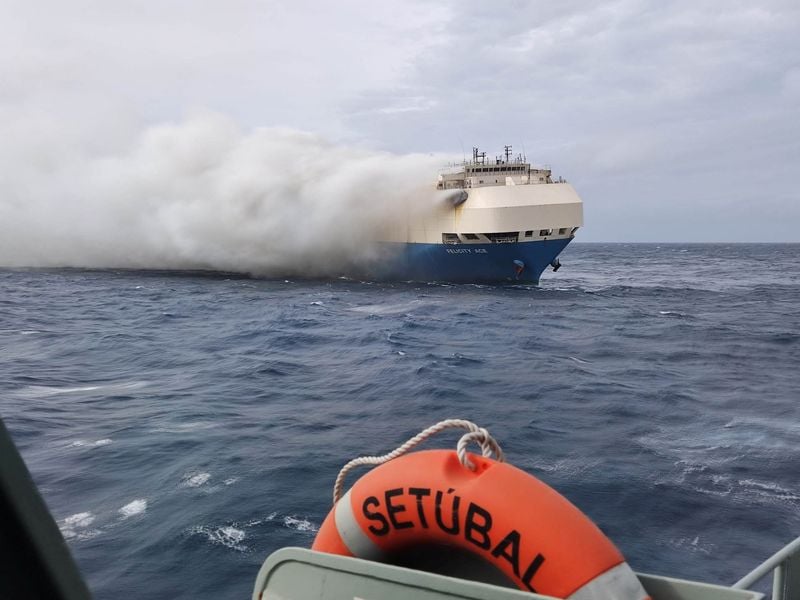 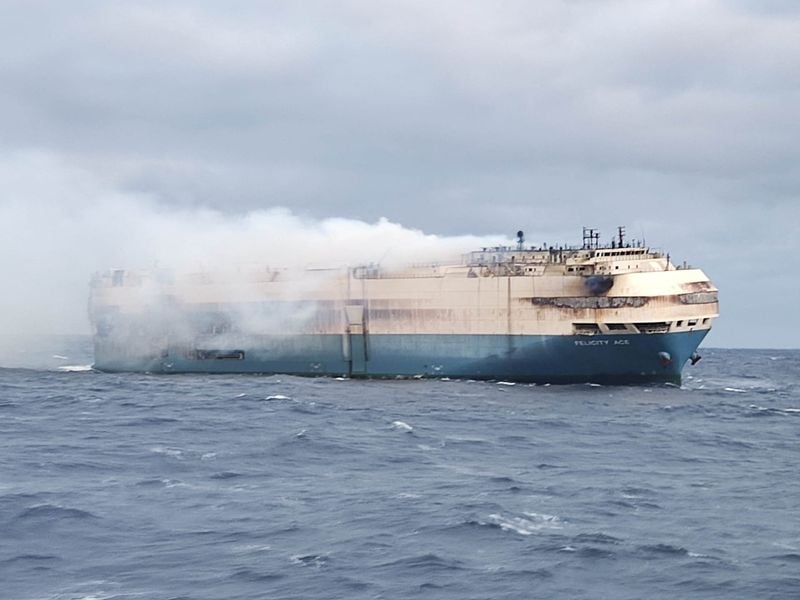 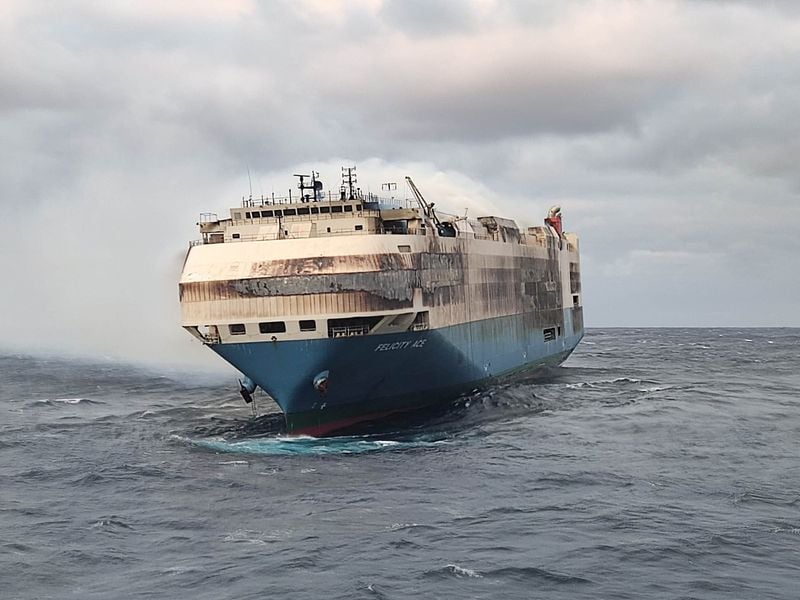 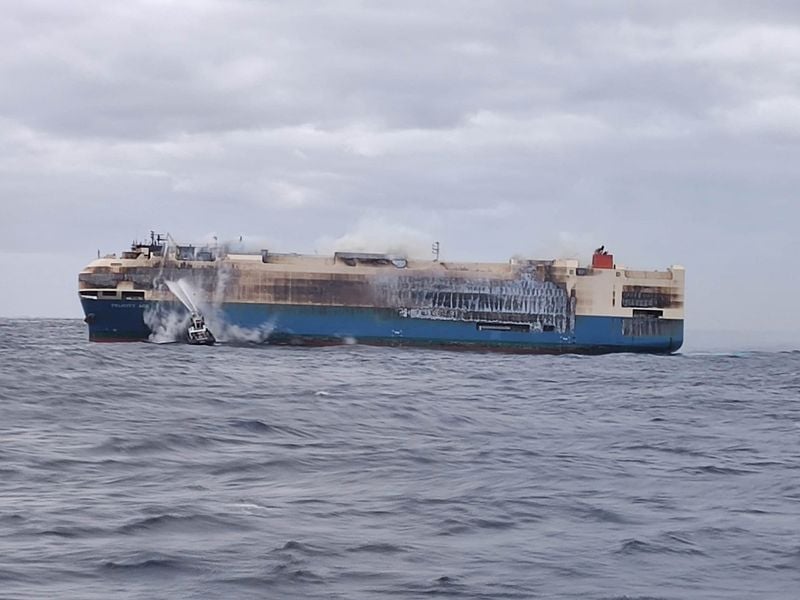 ROBICHAUX: Independence Day: Our Past, Present And Future