JERUSALEM -Israel is pressing the United States about the terms of an emerging Iranian nuclear deal, Israeli officials said on Monday, raising the prospect of a bilateral day-after agreement with Washington to address their worries.

While not a party to the nuclear negotiations between Iran and world powers in Vienna, Israel has conferred with the U.S. administration in hope of wielding more clout over any revival of a 2015 deal with Tehran that was reached over its objections.

The United States under then-President Donald Trump withdrew from the original deal in 2018, with Israel’s encouragement. Diplomats told Reuters last week that a new deal was taking shape.

“We were unhappy with the deal to begin with…and of course we are more unhappy with (the emerging) deal,” Israeli Foreign Minister Yair Lapid told U.S.-Jewish leaders.

“But there is a dialogue with the American administration about several issues that are surrounding this agreement.”

Among these, he said, was a demand by Tehran for the Iranian Revolutionary Guards Corps to be removed from the U.S. terrorism watchlist. Israel’s message, Lapid said, was: “This is just wrong. Don’t do that.”

Iran and U.S. President Joe Biden’s administration have not confirmed such a demand.

Lapid said Israel and the United States were also discussing “other ways” – which he did not detail – of preventing Iran from making enough progress in projects like uranium enrichment to reach the threshold of capability to develop a nuclear bomb. The Islamic Republic denies seeking nuclear weapons.

“We will have to work on a complementary agreement between Israel and the U.S.,” she said, without elaborating.

Israel says it will not be bound by any deal and could eventually take unilateral action against Iranian nuclear sites.

(Writing by Dan WilliamsEditing by Robert Birsel and Mark Heinrich) 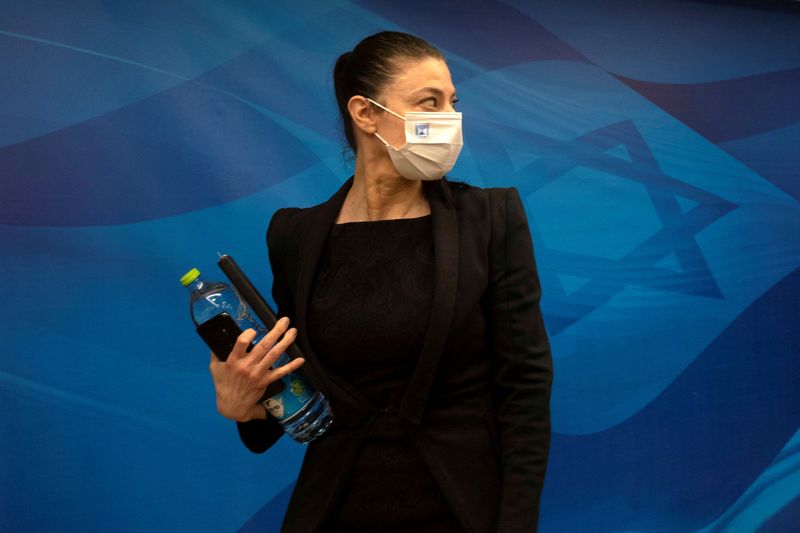