– A Wall Street analyst upgraded Advanced Micro Devices to a buy rating after 10 years on Tuesday, highlighting its growing market share, a strong portfolio of computer chips to rival that of Intel and a relatively cheap stock price.

“This is not the AMD of a decade ago,” Bernstein Research analyst Stacy Rasgon said, lifting the brokerage’s rating on the company to “outperform” — its highest stock rating — from “market-perform”.

AMD’s market share for laptop central processing unit (CPU) chips had climbed to nearly 20% in the third quarter of 2021 from a low of under 5% six years ago, Bernstein said, citing data from Mercury Research and its own analysis.

“The quality of AMD’s portfolio continues to improve … AMD’s desktop CPU are now, on average, on par with Intel’s,” Rasgon said.

AMD shares have ballooned from roughly $2 when Bernstein last had an “outperform” rating on them in 2012 to about $114 today, an ascent Rasgon called “the absolute biggest missed call in our entire Wall Street tenure.”

Shares in AMD were slightly lower in premarket trading on Tuesday, but the chipmaker’s market value surpassed that of Intel last week.

Still, AMD’s stock price is currently below 30 times its projected earnings for the next 12 months, with shares nearing their cheapest in five years and “entering into the realm of downright attractive,” Rasgon said.

Recent commentary from Intel suggests the next several years may be “open season” in the key data-center market, another positive for AMD, he added.


AMD could also derive more revenue from its recently closed $50 billion acquisition of Xilinx than first thought, Rasgon said. “Our math suggests the company might see an annual revenue run rate that could be hundreds of millions of dollars higher than current expectations,” he wrote. 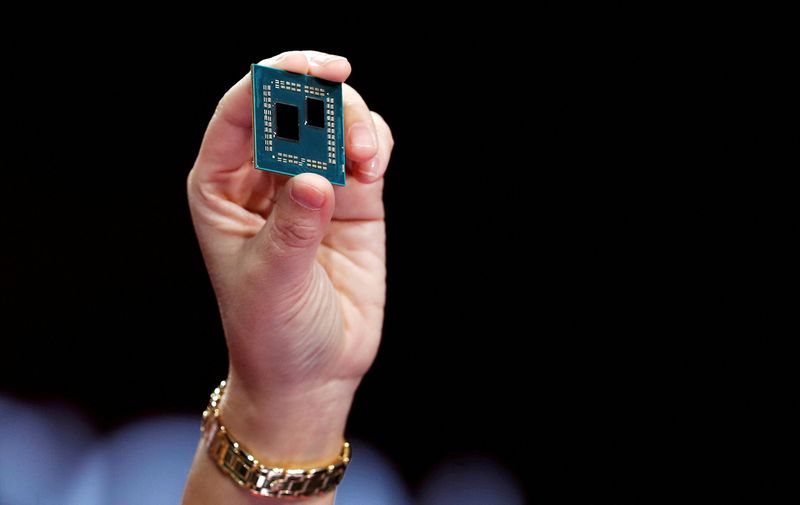