CARACAS – Half of payments for food, medicine and services in Venezuela’s capital Caracas are made using dollars, according to a report published on Tuesday by two local consulting firms.

The study from Anova Policy and the Venezuelan Finance Observatory, which gathered data from 354 establishments in Caracas, found that 34.3% of foreign-currency cash payments accounted for 34.3% of purchases made this month in supermarkets, pharmacies, hardware stores, and other businesses, up from 27.5% in December.

Remaining payments in foreign currency were made with cards or via bank transfers, the report said.

The amounts of foreign currency in circulation have risen since the government of President Nicolas Maduro relaxed economic controls in 2019 to help businesses struggling under U.S. sanctions and economic turmoil, with Maduro describing the dollar as an “escape valve.”

The study said transactions in Venezuela’s bolivar continued, even as high inflation eroded its value.

Venezuela’s government is hoping to strengthen the bolivar after inflation slowed late last year and is considering taxing foreign currency transactions, though analysts and business leaders say such tax would not guarantee bolivar’s recovery.

“People will want bolivars when they see that inflation is stable,” said Jose Guerra, an economist and a member of the Finance Observatory. 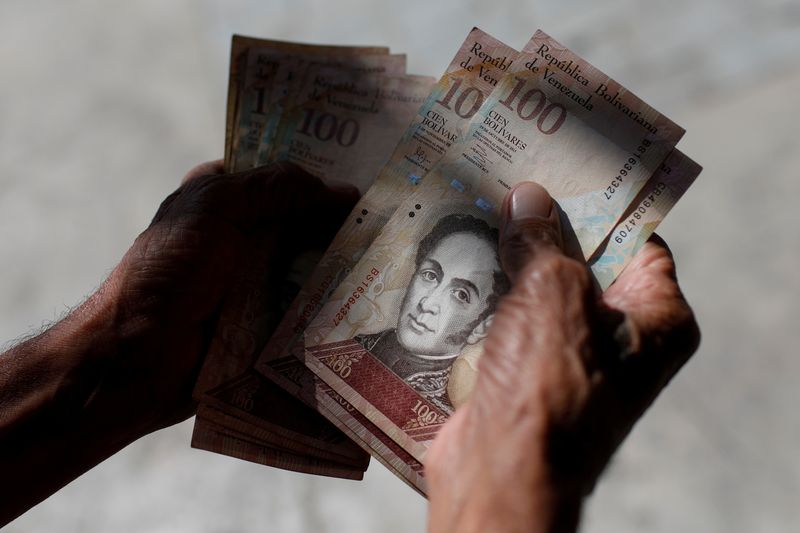