-Oil rose to nearly $100 a barrel on Tuesday, reaching its highest level since 2014 after Moscow ordered troops into two breakaway regions in eastern Ukraine.

Benchmark Brent futures pared gains in late trading after Western governments announced sanctions aimed at stopping what they fear is the beginning of a full-scale Russian invasion.

“The market obviously pumped in excess risk premium as Russia entered the separatists’ portion of the Ukraine and this fear premium gradually dissolved,” said Jim Ritterbusch, president of Ritterbusch and Associates in Galena, Illinois.

A senior U.S. State Department official said late on Tuesday that nothing that is happening on the ground in Ukraine right now risks the flow of oil and gas to global oil markets.

U.S. President Joe Biden announced the first wave of sanctions against Russia, targeting Russian banks and sovereign debt, and vowed steeper punishments ahead if Russia continues its aggression. The sanctions did not include energy supplies.

The Ukraine crisis has added further support to an oil market that has surged on tight supplies as demand recovers from the COVID-19 pandemic. Supply has lagged demand, so oil companies have drained inventories to meet demand.

Brent’s six-month calendar spread surged to a backwardation of as much as $10.15 on Tuesday, the steepest premium for the price of prompt oil versus the futures price six months later since at least 2004, according to Refinitiv Eikon data. Higher backwardation indicates tight supplies and correlates with low stock levels.

The Organization of the Petroleum Exporting Countries (OPEC) and allies, together known as OPEC+, have resisted calls to boost supply more rapidly.

Nigeria’s minister of state for petroleum on Tuesday stuck to the OPEC+ view that more supply was not needed, citing the prospect of more production from Iran if its nuclear deal with world powers is revived.

Talks on restoring a deal to curb Iran’s nuclear programme and ease sanctions are near a conclusion, a Russian envoy said, which could eventually boost Iran’s oil exports by more than 1 million barrels per day. The prospect of a new deal with Iran and an increase in global crude supplies has capped oil price gains in recent weeks. 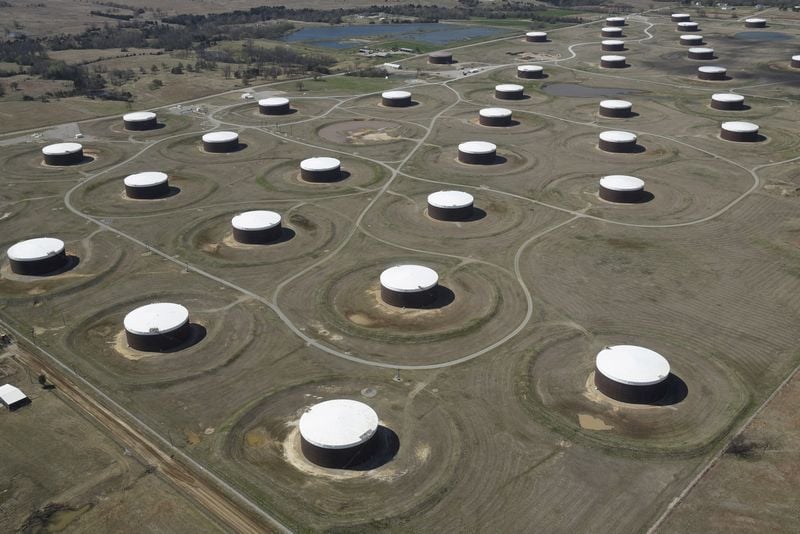 Man Accused Of Murdering Pregnant Girlfriend Who Refused To Have Abortion

Man Accused Of Murdering Pregnant Girlfriend Who Refused To Have Abortion