By Andrey Ostroukh and Alexander Marrow

MOSCOW -The rouble rebounded from a near two-year low and shares in major Russian banks leapt on Tuesday after Britain announced the first but relatively modest sanctions after Moscow recognised two breakaway regions in eastern Ukraine as independent.

The rouble on Monday suffered its biggest one-day drop since the outbreak of the COVID-19 pandemic after President Vladimir Putin recognised the two regions as independent, but it regained some ground in volatile trade as the first round of penalties proved to be less harmful than feared.

Britain imposed sanctions on five Russian banks and three billionaires but stopped short of targeting major lenders, such as state-controlled Sberbank and VTB.

Other possible sanctions could target major financial institutions, block Russia’s access to electronics supplies, or curb the operations of its energy firms.

That resurgence came as Russia said it would only recognise the regions’ independence within the boundaries that the Moscow-backed separatists currently control, and as Ukrainian President Volodymyr Zelenskiy played down the prospect of a large-scale conflict with Russia.

“There was a headline that just hit that they (Russia) are recognising the borders where they have authority, so markets are rallying on that,” said Peter Kisler, emerging market fund manager at Trium Capital.

“We are not in the clear – but that gives a path to de-escalation.”

The Russian central bank said it was ready to take all necessary measures to support financial stability, and analysts said currency market interventions to limit rouble losses were one of the options on the table.

Russian markets plunged on Western fears that Putin’s moves – to recognise the independence of the two regions collectively known as the Donbass and send in forces to “keep the peace” – might presage a major war.

“It was nothing but a disaster yesterday – news that the conflict with Ukraine in Donbass could be turning hot triggered a massive sell-off in all types of assets,” BCS Global Markets said in a note.

The sell-off also hit Russia’s neighbours. The Ukrainian currency, the hryvnia, hit an all-time low of 29.1198 to the dollar, while Kazakhstan’s tenge slipped to 438.08 against the greenback from levels around 427 seen on Monday.

On Tuesday, British Prime Minister Boris Johnson said Russia was heading towards “pariah status” and that the world must now brace for the next stage of Putin’s plan, saying the Kremlin was laying the ground for a full-scale invasion of Ukraine.

“The market situation is really tense. Non-residents are likely to cut their positions (in OFZs) … and buy foreign currency instead. Rouble positions will depend on sanctions,” said Georgiy Vaschenko, head of trading on the Russian stock market at the Freedom Finance brokerage.

OFZ bonds used to be popular among foreign investors due to their relatively high yields, but non-residents have cut exposure to Russia in recent months.

Russian stock indexes have lost around a quarter of their value in just five days but tried to recover on Tuesday. 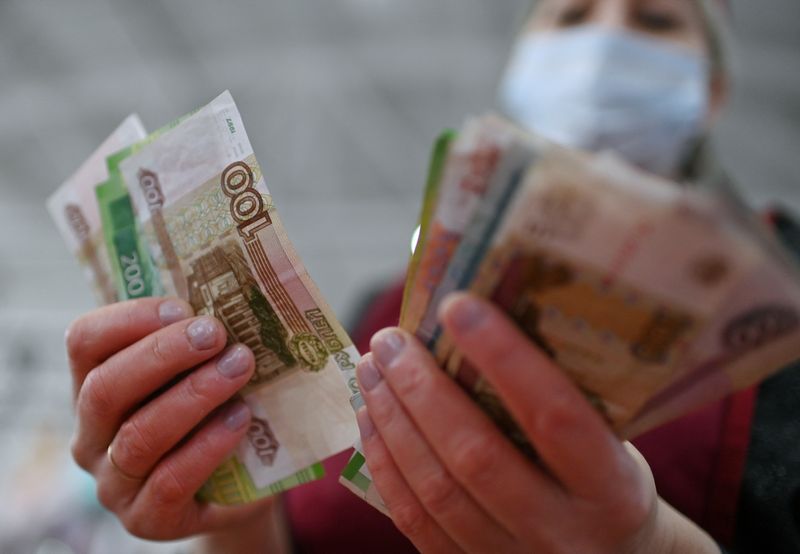 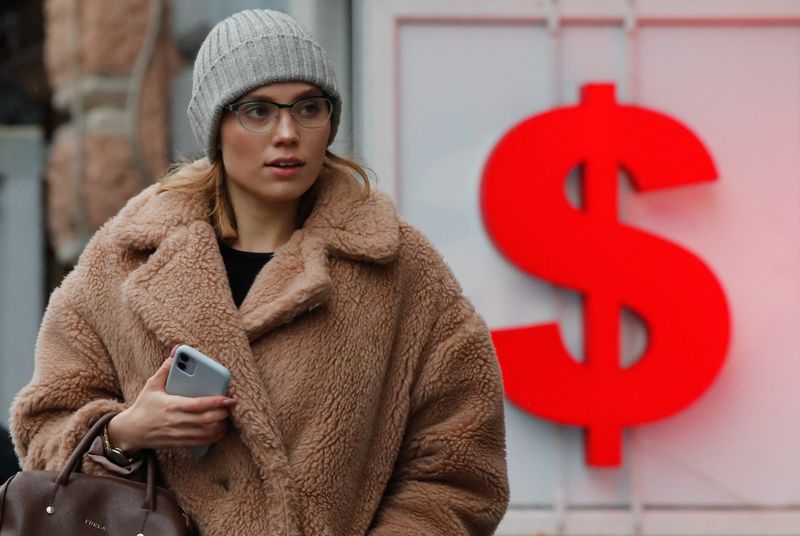 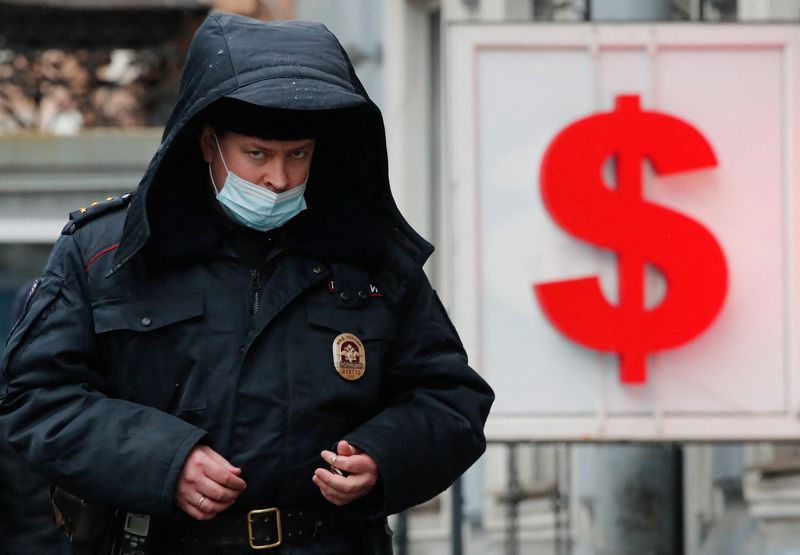 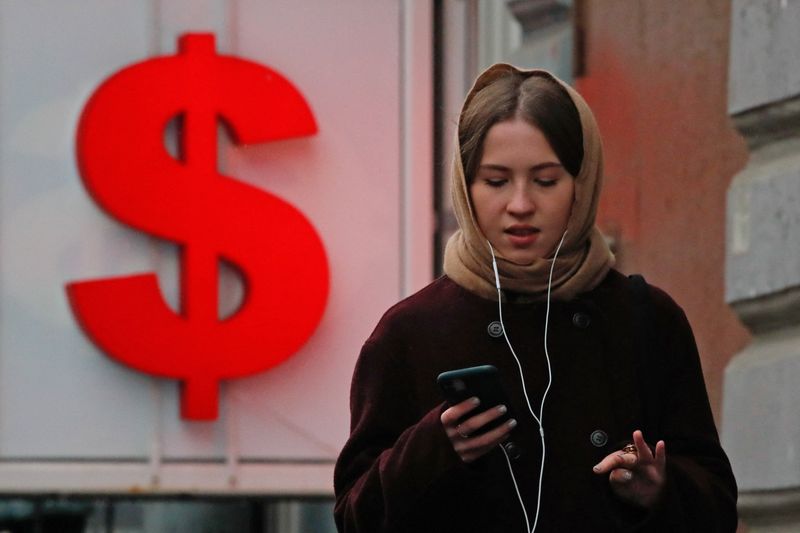