LONDON – Bank of England Governor Andrew Bailey and other top officials from the British central bank spoke to lawmakers on Wednesday about their decision earlier this month to raise interest rates in response to rising inflation.

“It’s not just wage setting, it’s also price setting…it’s both. There is very clearly an upside risk there. The upside risk…comes through from the second-round effects.”

BAILEY ON HIS CALL FOR RESTRAINT WITH PAY RISES

“I’m not saying people should not take pay rises. I did make the point earlier it was in the context of large pay rises.

“It’s important not to put too much emphasis on…whether we took a different view on the level that we expected to get to as opposed to the pace by which we get there.”

MPC MEMBER JONATHAN HASKEL ON HIS VOTE FOR 0.75% BANK RATE

“I have to stress it’s a very uncertain situation and it’s a very, very finely balanced decision.” 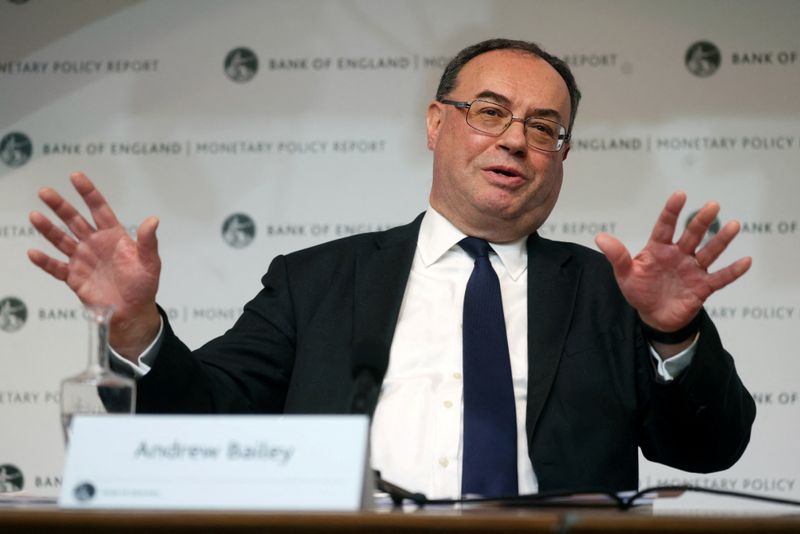