WASHINGTON – More than two-thirds of Americans think the United States should impose additional sanctions against Russia as it masses its forces along the border with Ukraine, according to a Reuters/Ipsos poll completed on Wednesday.

Nearly half of respondents to the poll disapproved of President Joe Biden’s handling of the crisis, in keeping with his low overall job approval ratings, with 48% saying Ukraine’s problems are not America’s business.

Biden has vowed Russia will pay a steep price for launching an invasion of Ukraine but he has pledged to keep U.S. troops out of the conflict.

The poll, conducted online on Tuesday and Wednesday, found some 69% of Americans – majorities of Republicans and Democrats – support additional sanctions on Russia.

The president on Tuesday toughened measures against Russian companies and individuals, effectively kicking two Russian banks out of the U.S. banking system

Republican lawmakers, who are seeking to win control of the U.S. Congress in the Nov. 8 midterm election, have criticized Biden’s response to Russian President Vladimir Putin as too little, too late.

The poll found that just 12% of Republicans approved of Biden’s handling of the crisis, compared with 58% of Democrats.

According to the poll, about half the country, including a majority of Democrats and nearly half of Republicans, blame Putin, who on Tuesday ordered Russian troops to enter Ukrainian territory claimed by ethnic Russian separatists. Only 25% of Republicans polled said Biden was to blame.

Despite broad support for sanctions, only about half of Americans said sanctions were worthwhile if they increased fuel and gas prices, according to the poll. Russia is a major oil and natural gas producer and worries over the conflict have pushed prices for some oil contracts to their highest levels since 2014.

The poll was conducted online and in English throughout the United States. It gathered responses from 1,004 adults including 420 Democrats, 394 Republicans and 131 independents. The results have a credibility interval, a measure of precision, of 4 percentage points. 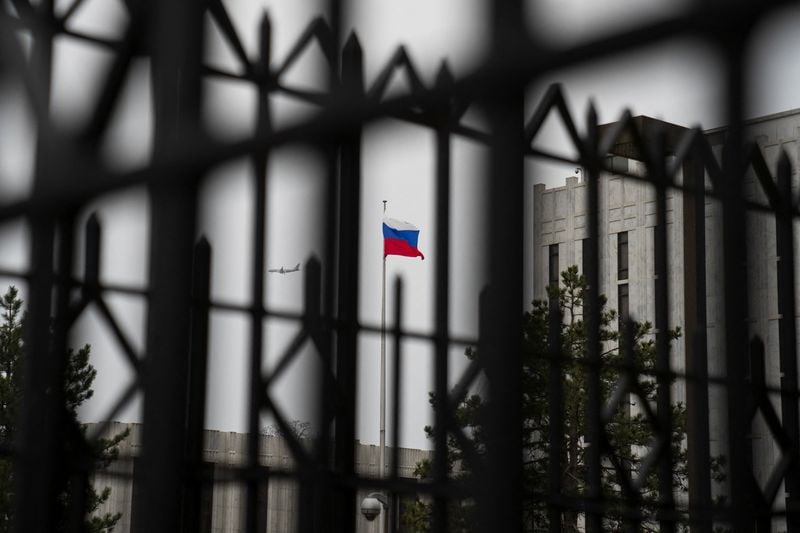 Former Bookkeeper Sentenced to Over Four Years For Stealing $2.6 Million from DRWC

Former Bookkeeper Sentenced to Over Four Years For Stealing $2.6 Million from DRWC