– North American oil and gas pipeline companies are gearing up to compete for a budding market moving greenhouse gases to carbon capture and storage (CCS) projects – by building new pipelines to transport carbon dioxide or giving new life to old, under-used ones.

Utilities, chemical makers and oil refiners are counting on CCS to allow them to reduce atmospheric carbon emissions by burying them underground, to help them meet climate change goals.

Few existing pipelines move carbon dioxide, and those that do mostly ship the gas to oilfields where it flushes out crude oil. That lack of pipelines may pave the way for building new or refurbishing old lines for transporting carbon.

“This is a real opportunity to (serve) the same customers we know, but in a new business line that until recently didn’t really exist,” said Scott Goldberg, a vice-president at pipeline operator EnLink Midstream.

For now, there is little commercial reason to build. Available tax credits, taxes on carbon emissions, and carbon trading schemes are not sufficient to make CCS profitable for a wide range of industrial emitters.

In Canada, carbon emitters must pay C$50 per tonne, rising to C$170 in 2030. Canadian oil producers say they also need a tax credit to pay the cost of 75% of CCS facilities.

A U.S. tax credit for sequestering carbon, called 45Q, is scheduled to rise to $50 a tonne in 2026. Congressional bills have proposed raising the credit to $85 per tonne.

Yet, building new carbon pipelines and underground storage faces opposition from environmentalists who see CCS as extending the life of high-emission industries, not paving way for clean energy.

The easiest way to move carbon might be to convert existing natural gas pipelines – but that comes with a technical problem.

Carbon travels most efficiently through pipelines at pressure of up to 2,600 pounds per square inch (psi), much higher than natural gas pipelines, which operate at about 800 to 1,200 psi, said Edouard Asselin, professor of materials engineering at University of British Columbia.

Running at higher pressure than a pipeline’s original design risks fracturing a line. If the pipeline were to crack underground, the escaping pressure could be explosive and endanger urban areas, Asselin said.

For existing pipelines, EnLink will transport carbon from refiners or other polluters at lower pressure to new pump stations, which will then raise pressure through new lines.

Canada’s Wolf Midstream is building new lines rather than converting older pipes. It operates a C$326-million Alberta pipeline that delivers carbon for oil recovery, and in January said it would build a pipeline to move carbon from Archer-Daniels-Midland Co’s Iowa ethanol plants to a sequestration site about 350 miles away.

“We designed for very high pressure, much higher pressure than most existing hydrocarbon pipelines,” said Jeff Pearson, president of Wolf’s carbon business. “You would have to do a whole lot of work to think about repurposing them.”

“We do believe there is limited opportunity over a short distance to repurpose pipes,” Arenivas said. “Long-haul, we believe, will require new construction.”

(Reporting by Rod Nickel in Winnipeg, Liz Hampton in Denver and Nia Williams in Calgary,; Editing by Marguerita Choy) 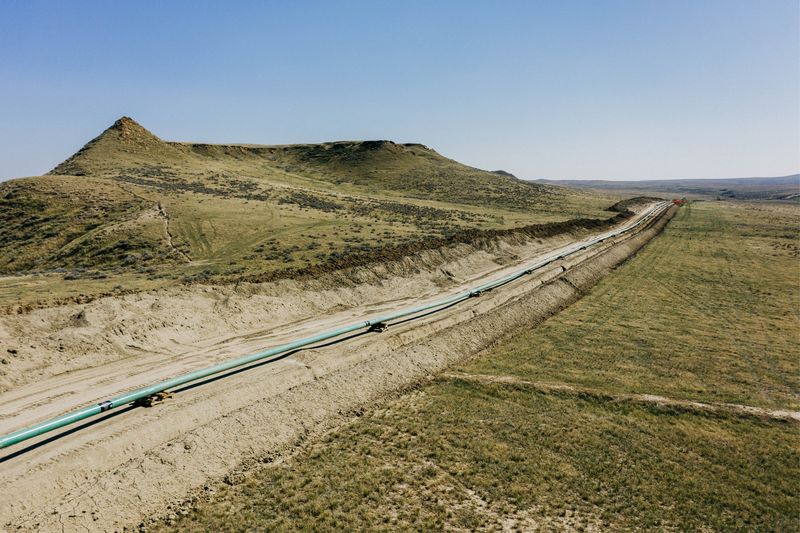 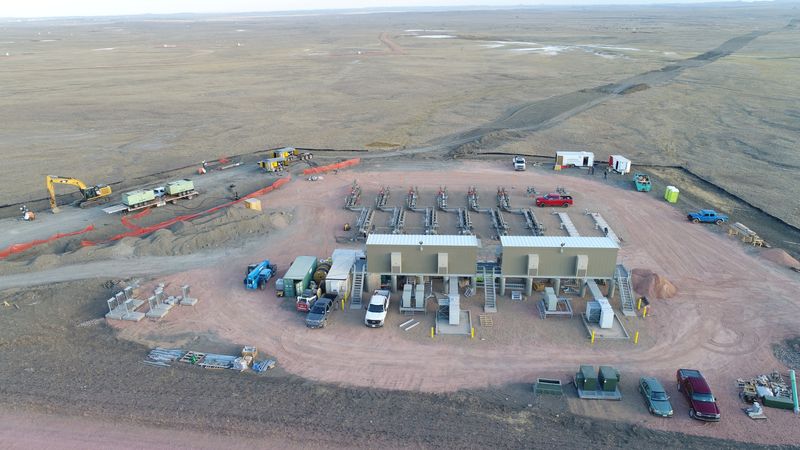