DONETSK – Andrey Turchak, a senior member of Russia’s ruling party, said on Wednesday that the Russian military would only enter two breakaway regions in Ukraine recognised by Moscow as independent states if it was asked to do so by separatist leaders there.

Turchak said any such deployment would be of what he described as “of a peacekeeping nature.”

Turchak and Denis Pushilin, a Russian-backed leader in one of the breakaway regions, told reporters that the Russian military was not yet present in the Russian-backed separatist-held areas despite allegations from the West that Moscow has had a covert military presence there for years.

A Reuters witness saw columns of military vehicles including tanks early on Tuesday on the outskirts of Donetsk, the capital of one of the two breakaway regions, after Russian President Vladimir Putin recognised them as independent states.

The Reuters reporter saw about five tanks in a column on the edge of the city and two more in another part of town. No insignia were visible.

Pushilin told reporters that separatist forces in Donbass were not at the stage of trying to expand their territory and would prefer to resolve any border demarcation issues with Ukraine peacefully. 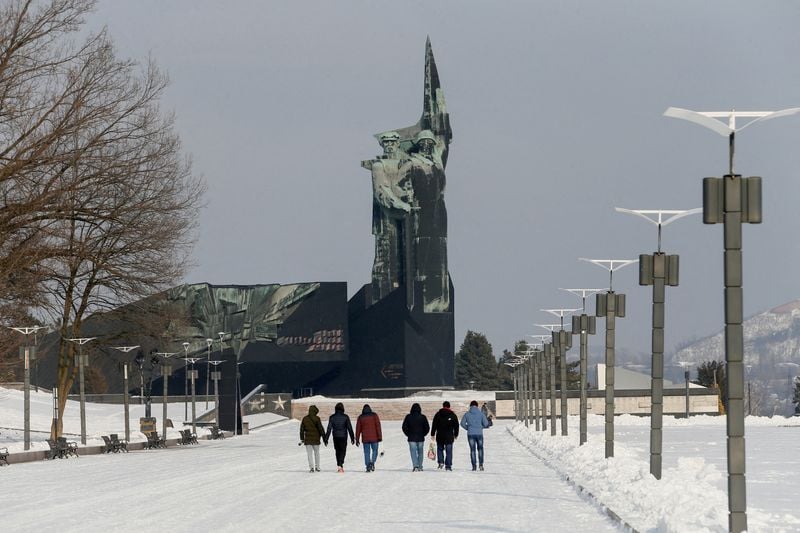