NEW YORK – A U.S. judge on Wednesday permanently barred former pharmaceutical executive Martin Shkreli from serving as an officer or director of publicly traded companies, and ordered him to pay a $1.39 million fine for violating securities law between 2009 and 2014.

U.S. District Judge Kiyo Matsumoto in Brooklyn issued her ruling in the U.S. Securities and Exchange Commission’s civil case alleging Shkreli defrauded investors in his hedge funds and raided his biotechnology company, Retrophin Inc, for funds to settle with investors.

Shkreli had proposed a 10-year officer and director ban, arguing that his seven-year prison sentence and $7.8 million in forfeiture and penalties in his related criminal case were sufficient punishment.

A lawyer for Shkreli did not immediately reply to a request for comment.

Shkreli became notorious and known as “Pharma Bro” in 2015, when he raised the price of the anti-parasitic drug Daraprim overnight to $750 per tablet from $17.50 while serving as chief executive of Turing Pharmaceuticals, later renamed Vyera Pharmaceuticals.

He was arrested that year on fraud and conspiracy charges connected to Retrophin and his MSMB Capital Management and MSMB Healthcare Management hedge funds.

In her decision, Matsumoto called Shkreli a “chaotic, dishonest, and untrustworthy corporate leader” who would likely violate the law again if allowed to run a public company.

Shkreli is serving his sentence at a low-security prison in Allenwood, Pennsylvania, and will be eligible for release in November.


Last month, a federal judge in Manhattan barred Shkreli from the drug industry for life and ordered him to pay $64.6 million.

That followed a nonjury trial where federal and state regulators claimed Shkreli tried to maintain an illegal monopoly over Daraprim and keep generic rivals off the market. 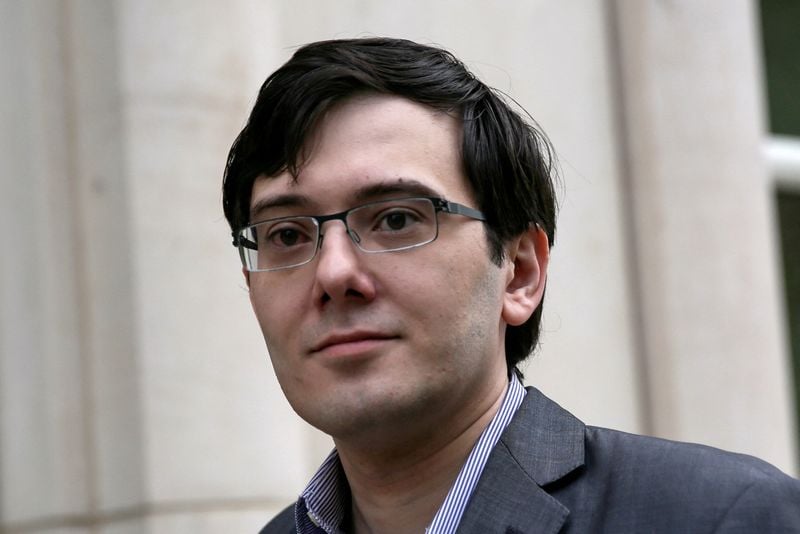