The justices heard oral arguments in an appeal by 13 Republican state attorneys general led by Arizona Attorney General Mark Brnovich of a lower court’s ruling that rejected their bid to defend Trump’s rule, which expanded the scope of those considered likely to become a “public charge.”

President Joe Biden’s administration dropped the government’s defense of the policy, prompting the action by the states. The rule took effect in February 2020.

Liberal and conservative justices questioned why the administration rescinded the policy in March 2021 based on a November 2020 decision by U.S. District Judge Gary Feinerman in Illinois ordering it vacated nationwide in another case, rather than undertaking a formal rulemaking process to replace it while it remained in effect.

Liberal Justice Elena Kagan suggested that the administration evaded requirements under a U.S. law called the Administrative Procedure Act and expressed doubt that the court should be “green-lighting” such behavior. Conservative Chief Justice John Roberts said circumventing that statute “is a pretty big deal.”

Biden administration lawyer Brian Fletcher raised some eyebrows when he told the justices that the government does not believe that federal administrative law gives judges the power to set aside policies on a nationwide basis, as Feinerman did in this case – a position aligning with that of the Trump administration.

Conservative Justice Neil Gorsuch wondered how that admission should affect the case given that the Biden administration’s decision to rescind Trump’s rule “is premised on what it admits to be an unlawful order” by Feinerman.

The Supreme Court in a separate dispute https://www.reuters.com/world/us/us-supreme-court-weighs-kentucky-officials-bid-defend-abortion-law-2021-10-12 is weighing whether to let Kentucky’s Republican attorney general defend a restrictive abortion law in his state that was struck down by lower courts, after its Democratic governor dropped the case.

Biden’s administration six days ago announced https://www.dhs.gov/news/2022/02/17/dhs-proposes-fair-and-humane-public-charge-rule a new “fair and humane” public charge rule that it said would avoid penalizing people for seeking medical attention and other services. The fact that a new federal rule already has been devised raises questions about what type of remedy would be available to the state officials even if they win and get to defend Trump’s policy.

U.S. guidelines in place for the past two decades had said immigrants likely to become primarily dependent on direct cash assistance or long-term institutionalization, in a nursing home for example, at public expense would be barred from legal permanent residency, known as a “green card.”

Trump’s policy expanded this to anyone deemed likely to receive a wider range of even non-cash federal benefits such as the Medicaid healthcare program, housing and food assistance for more than an aggregate of 12 months over any 36-month period.

The San Francisco-based 9th U.S. Circuit Court of Appeals decided in 2020 that Trump’s policy impermissibly expanded the definition of who counts as a “public charge.” Other courts made similar rulings.

During the time the policy was enforced, the government issued only three denials of admission under it, according to court filings, all of which have since been reversed.

The Supreme Court’s ruling is expected by the end of June. 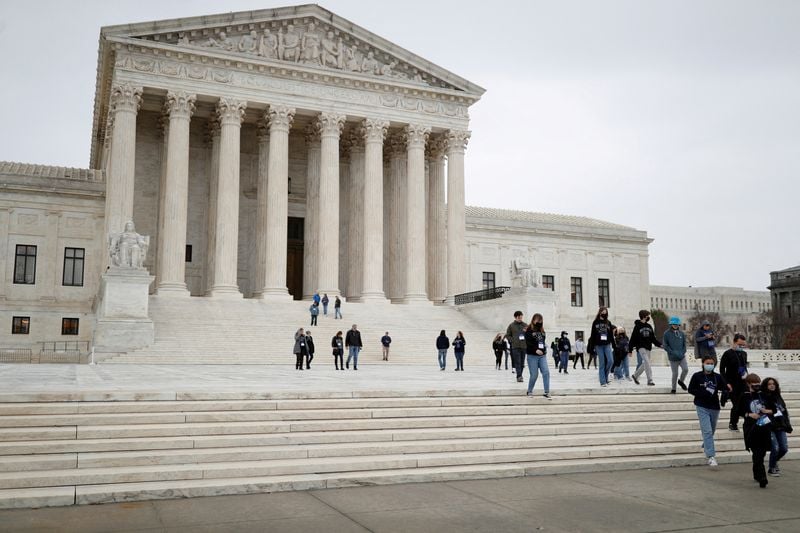