By Josh Horwitz and Nivedita Balu

– Chinese e-commerce giant Alibaba Group Holding Ltd reported on Thursday its slowest quarterly revenue growth since going public in 2014, hit by a drop in sales at its core business segment and intensifying competition.

The slowing Chinese economy has also taken a toll on the company as consumers cut back discretionary spending.

Analysts on average had expected revenue of 246.37 billion yuan, according to Refinitiv data.

Customer management revenue, a key metric which tracks how much money merchants spend on ads and promotions on Alibaba’s sites, fell 1% year-on-year.

That marks the first time revenue for the segment, which made up 41% of Alibaba’s total revenue, has decreased since the company’s IPO.

Speaking on an investor call, deputy CFO Toby Xu said the drop was caused in part by lowering merchant fees amid the slowing economy.

Alibaba’s shares were down about 3% in New York before the opening bell. They fell about 7% after the results were announced, tracking losses in global shares after Russia launched an all-out invasion of Ukraine.

Alibaba is also facing intensifying pressure from rivals like ByteDance-owned Douyin and Kuaishou, which have capitalized on the booming trend of livestreaming e-commerce.

“In the past, if you were an apparel merchant, maybe you would allocate 100% to Alibaba, but now a percentage of that goes to the short video players.”

Ant Group, Alibaba’s fintech affiliate, reported a profit of about 17.6 billion yuan for the quarter ended September, according to Alibaba’s filings on Thursday, compared with 15 billion yuan a year ago.

Alibaba reports its profit from Ant one quarter in arrears.

Ant has been subjected to a sweeping restructuring by China, which derailed its $37 billion initial public offering in late 2020.

For the nine months ending in December, the company purchased roughly $7.7 billion worth of shares.

“It seems like Alibaba is finding it difficult to maintain the growth trajectory in most markets including the cloud business,” said Oshadhi Kumarasiri, an analyst at Lightstream Research

Once Asia’s biggest listed company, Alibaba has long given up its crown to Taiwanese chipmaker TSMC, and even fallen behind local rival Tencent and beverage maker Kweichow Moutai.

The company’s U.S.-listed shares have lost roughly half their value in the past 12 months amid Beijing’s regulatory crackdown on certain industries.

(Reporting by Nivedita Balu in Bengaluru and Josh Horwitz in Shanghai; Editing by Susan Fenton and Mark Potter) 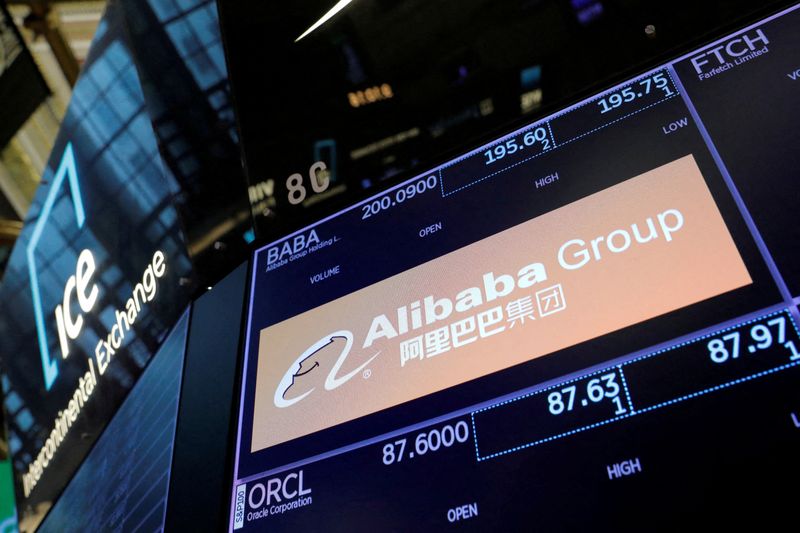