Alberta expects a surplus of C$500 million ($391 million) in the fiscal year beginning April 1, compared with C$3.2 billion deficit expected in the current financial year. The 2021/22 deficit forecast was significantly revised down from an original projection of C$18.2 billion made in February 2021.

Reuters reported last week that Alberta was on course to return to budget surplus in the coming fiscal year.

The dramatic turnaround in Alberta’s financial fortunes could provide a boost to Premier Jason Kenney, who faces a leadership review held by his United Conservative Party in April, and has been criticised by many Albertans for his handling of the COVID-19 pandemic.

The Alberta government based its 2022/23 budget assumptions on an average U.S. crude oil price of $70 a barrel, well below the current price of $96 a barrel. Oil prices topped $100 per barrel on Thursday after Russia invaded Ukraine, fanning concerns about disruptions to global energy supplies.[O/R]

“In 2022 Alberta’s economy will fully recover from the contraction that first started in 2014 and we will lead the nation in economic growth,” Toews said.

The oil and gas sector makes up around 17% of Alberta’s gross domestic product (GDP), and the provincial economy has struggled since the 2014 global crude price slump forced the industry to slash capital spending and lay off thousands of workers.

“Oil prices will go up and down, but we’re looking to create more stability, more sustainability in Alberta’s income statement,” he added. 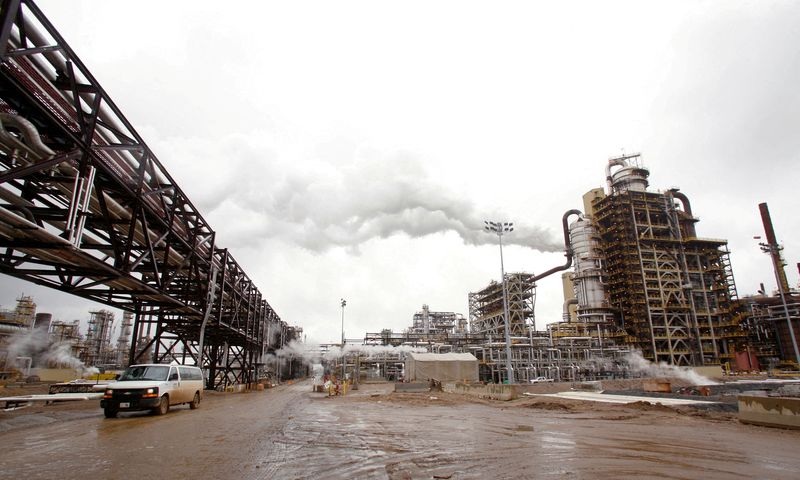