MILAN – European defence stocks were among the rare gainers in a falling market on Thursday on bets of bigger spending after Russian forces invaded Ukraine in the biggest attack in Europe since World War Two.

Rheinmetall and BAE have the largest exposure to weapons and ammunition, while UK contractor Chemring along with BAE are most exposed to cyber security and electronic warfare, according to the German investment banks. Chemring rose 1%.

BAE said on Thursday that Russia’s invasion of Ukraine would place a sharper focus on security, anticipating growth over the coming years across all sectors, with cyber intelligence also becoming globally relevant.

Traders also highlighted that the industry’s stock market valuations remain cheap, which could make it attractive for investors seeking to diversify away from pricey tech stocks.

The European defence sector, which has been hit by ESG concerns and worries over budget cuts, trades at around a 20% discount to the market, according to Morgan Stanley estimates.

Among other companies with defence exposure, shares in Ultra Electronics were little changed, while QinetiQ and Meggitt fell slightly but still outperformed the steep market falls. European shares fell almost 4%.

The majority of NATO members including Germany spends in defence less than the targeted 2% of GDP. If all countries were to reach the target that would result in 73 billion euros in incremental defence spending, per Berenberg.

In an unusual public rant a few hours after Russia invaded Ukraine, the chief of the German army vented his frustration over what he saw as the long-running neglect of military readiness in his country. 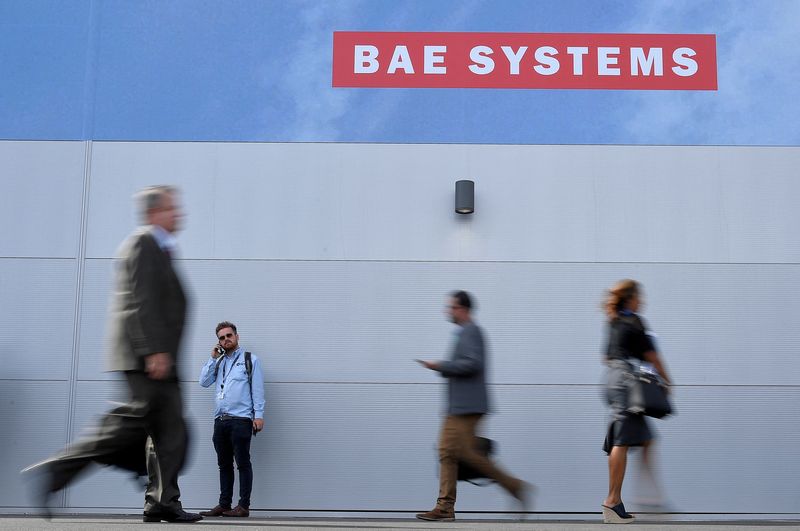