– Exchange-traded funds (ETFs) that invest in gold and other precious metals have seen massive inflows as investors rush to shield themselves against the rising geopolitical tensions between Russia and Ukraine.

Data from Refinitiv Lipper showed gold and other precious metal ETFs have seen an inflow of $4.7 billion this year, after witnessing outflows worth $7.8 billion last year.

The SPDR Gold Shares led with inflows worth $3.2 billion, while iShares Silver Trust and iShares Gold Trust received over $400 million each.

Also, physical gold held by exchange-traded funds has risen 2.1% to 69.5 million ounces this year, according to data from Refinitiv.

Safer assets such as gold and the dollar rallied on Thursday, while global stocks slumped after Russian President Vladmir Putin launched an invasion of Ukraine. [MKTS/GLOB]

“The Russian invasion of Ukraine puts the markets in panic mode… Investors are throwing shares out of their portfolios and fleeing to safe havens,” said Alexander Zumpfe, a precious metals dealer at Heraeus.

Oil prices broke above $100 a barrel for the first time since 2014, heightening further concerns over inflation levels. Higher inflation tends to benefit gold as the yellow metal is seen as a hedge against inflation.

Other precious metals such as palladium and platinum also surged on Thursday, and analysts expect further inflows into the precious metal complex in coming weeks.

Russia is the world’s third-largest producer of gold while Nornickel is also a major producer of palladium and platinum, both of which are used in catalytic converters to clean car exhaust fumes.

“As palladium is used in autocatalysts, production will probably have to be scaled back in the event of supply restrictions unless automotive manufacturers have built up sufficient stocks in recent months,” Commerzbank analysts wrote in a note.

“It will likely prove virtually impossible to source the quantities of palladium that are needed elsewhere.”

(Reporting by Patturaja Murugaboopathy and Swati Verma in Bengaluru; Editing by Saikat Chatterjee and Lisa Shumaker) 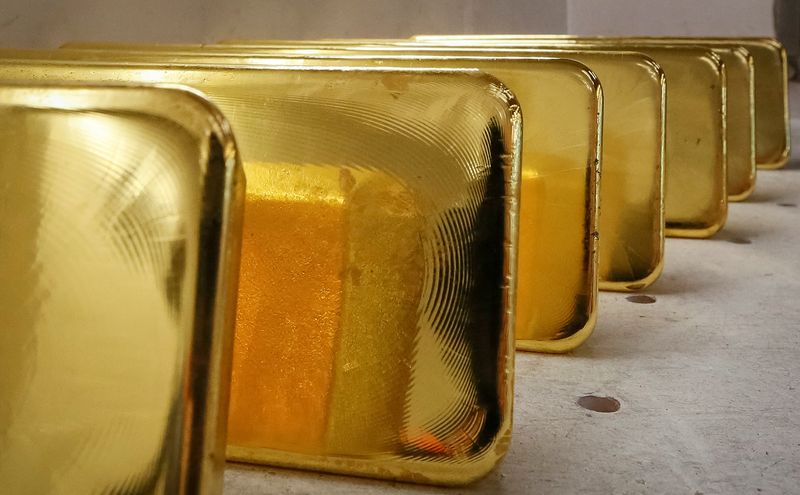