MOSCOW -President Vladimir Putin said on Thursday he had no other option but to order what he has called a special operation against Ukraine, saying all of Moscow’s previous attempts to change the security situation had come to nothing.

U.S. President Joe Biden has said Russia alone is responsible for the death and destruction that its attack on Ukraine will bring.

In a televised meeting with business leaders, Putin told Alexander Shokhin, the head of the Russian Union of Industrialists and Entrepreneurs, that Moscow had been forced into taking action and knew that sanctions would follow.

“We all understand the world we live in and were prepared in one way or another for what is now happening from the point of view of sanctions policy,” Putin said. “Russia remains a part of the global economy.”

Shokhin said Russia should stimulate extra demand for government debt from private investors, given new Western sanctions on Russian state bonds, warning new sanctions would be tougher than previous ones and may disrupt logistics and supply chains.

He also urged Western nations not to apply sanctions on climate projects.

“I want to thank you for what has been done so far in rather difficult conditions,” Putin told Shokhin. 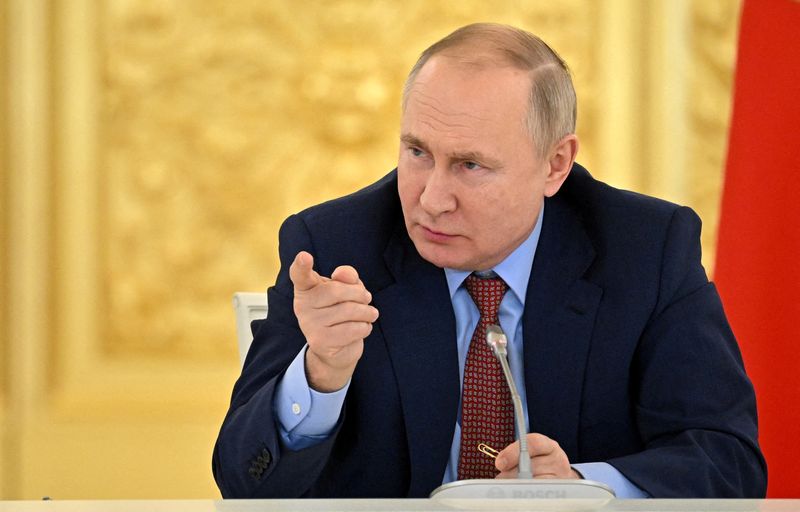 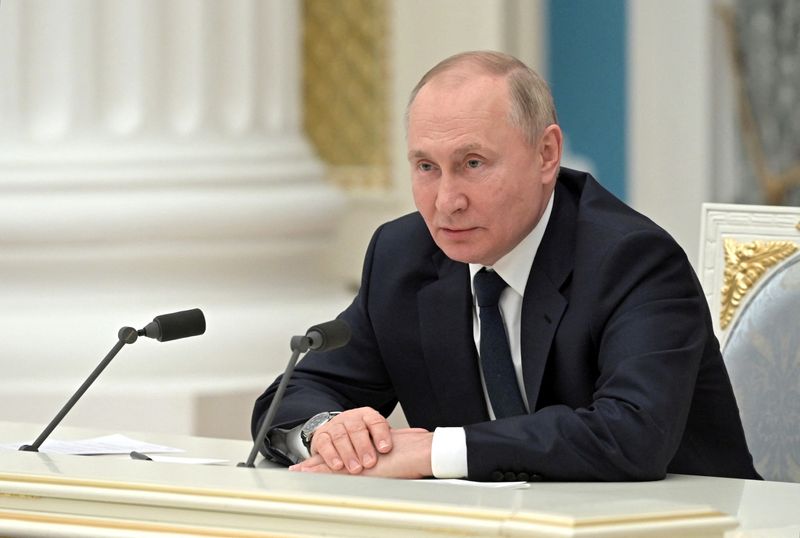 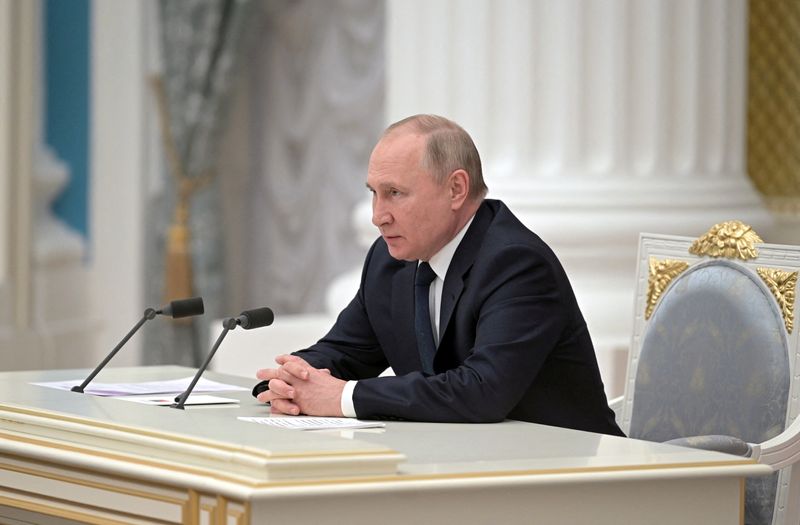 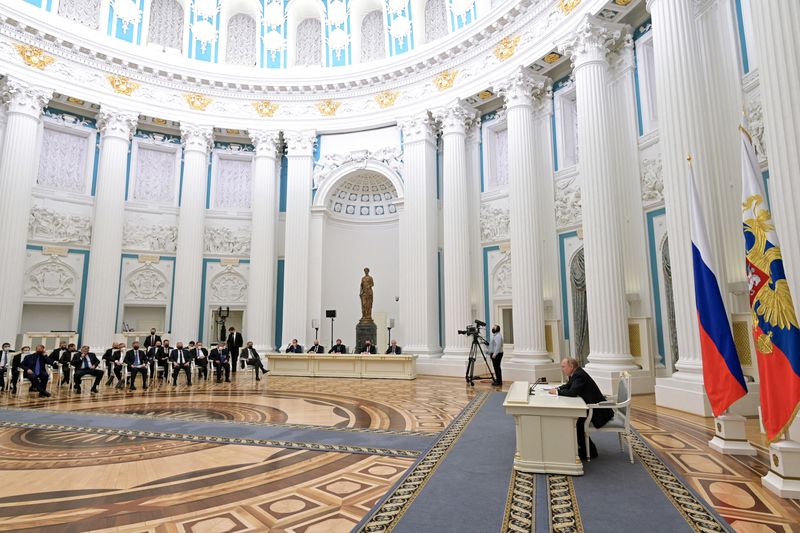 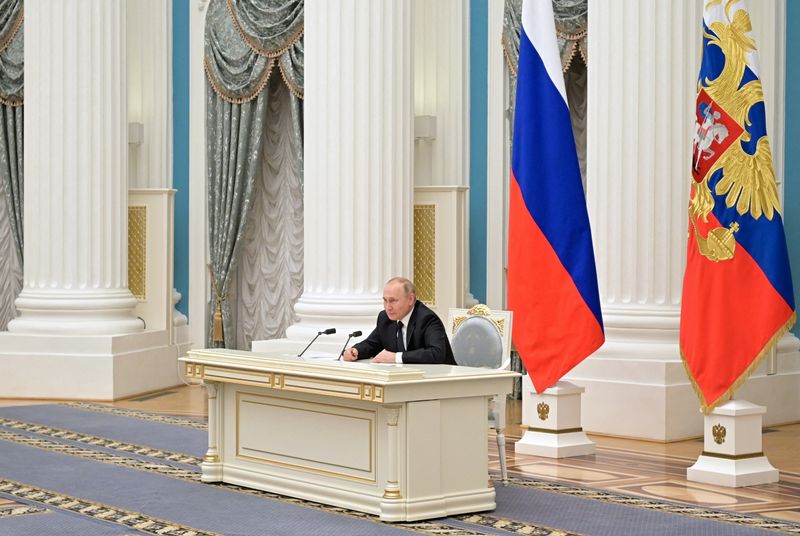