Sales dropped in the Midwest, Northeast and the densely populated South. But they rose in the West. Economists polled by Reuters had forecast new home sales, which account for more than 10% of U.S. home sales, falling to a rate of 806,000 units.

Sales tumbled 19.3% on a year-on-year basis in January.

The new housing market remains underpinned by a record-low inventory of previously owned homes. Demand for housing is expected to remain strong even as mortgage rates increase, which together with high prices will further erode affordability, especially for first-time buyers.

Houses under construction made up 65% of the inventory, with homes yet to be built accounting for about 26%.

The backlog of homes approved for construction but yet to be started is at an all-time high as builders struggle with shortages and higher prices for inputs like softwood lumber for framing, as well as cabinets, garage doors, countertops and appliances.

At January’s sales pace it would take 6.1 months to clear the supply of houses on the market, up from 5.6 months in December. 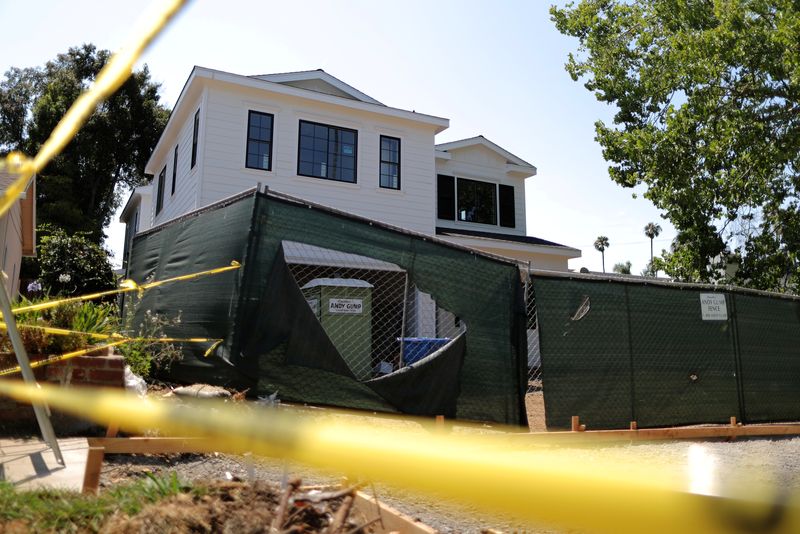