Speaking from Brussels, she said Russia’s offer of talks with Ukraine to be held in Minsk had not even been discussed at the meeting of European Union foreign ministers she was attending, since it was a “poisoned offer”.

“The sword that looks hardest isn’t always the cleverest one,” she said. “It’s not just oligarchs who do financial transactions… The sharper sword at the moment is listing banks. Government bonds can’t be sold abroad any more.”

Sanctions would be effective in the medium or long term against a leader who was “ruining his country, not just economically, but also for young people who want a future together in Europe”, she said, but admitted they would not immediately stop Russia’s attack on Ukraine.

“He (Putin) doesn’t want to stop at any price, whether it costs him international isolation, or his country’s economic future,” she said. “If he violates our values then he can’t stay part of the international community.” 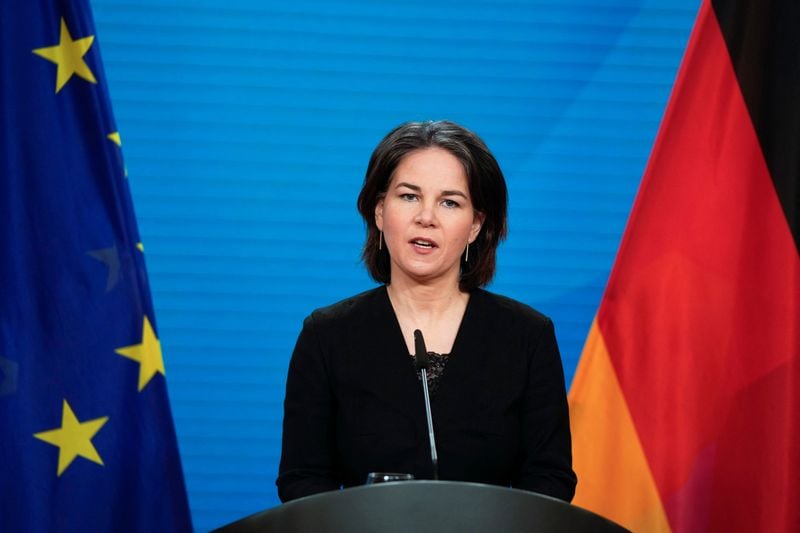