SOFIA – Bulgaria’s parliament on Friday rubber-stamped the 2022 budget bill that targets a fiscal deficit of 4.1% of economic output this year, planning for an increased public investment to kick-start the small and open economy.

The centrist coalition government, poised to lead Bulgaria into the euro zone in two years, has pledged to double capital investment to 5.8% of GDP to underpin economic growth and boost living standards in the European Union’s poorest member state.

“This budget is unprecedented. There are huge investments which will kick-start the change we promised,” Prime Minister Kiril Petkov told the parliament after the bill was approved.

The Balkan country plans to spend over 63 billion levs ($36.27 billion), or 44.2% of GDP this year to build new infrastructure, and to raise state pensions by 6% from July and earmark funds to partially compensate businesses struggling with high energy costs.

The ruling coalition, which took office in December, rejected opposition’s concerns that its spending plans constitute a fiscal loosening that could threaten Bulgaria’s path to join the euro zone. Bulgaria ended 2021 with a fiscal deficit of 3% of GDP.

Following the Russian invasion in Ukraine, lawmakers voted to provide humanitarian help to ethnic Bulgarians there, including those who wish to be evacuated.

The government has estimated economic growth at 4.8% this year and saw annual average inflation at about 5.6%.

Prior to the Russian invasion in Ukraine, Finance Minister Assen Vassilev had indicated that a military conflict in Ukraine could prompt revisions in the growth and inflation estimates.

Bulgaria’s consumer prices surged to a 13-year high to 9.1% on an annual basis in January, fuelled by a surge in energy and food prices.

(Reporting by Tsvetelia Tsolova in Sofia; Editing by Matthew Lewis) 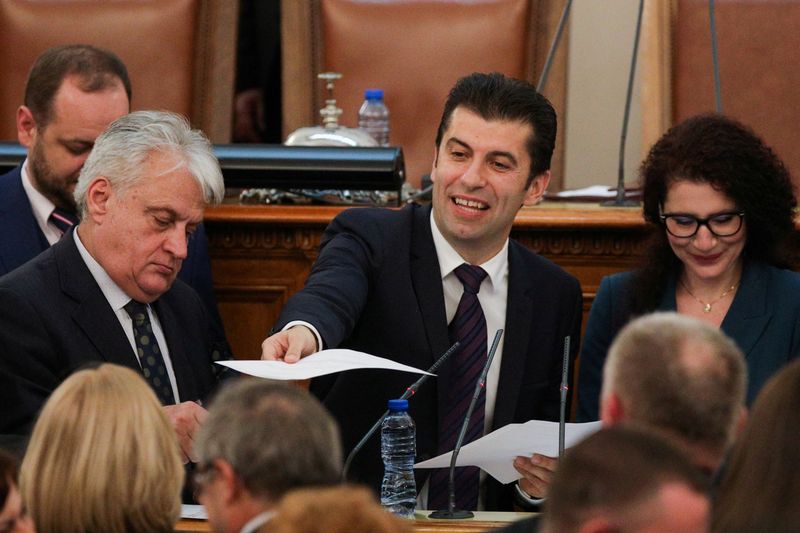