The French retailer, which has been selling assets to cut debt, said the pandemic had slowed the pace of its disposal plan and it now aimed to complete the final 1.3 billion euro part of the 4.5 billion euro plan by the end of 2023.

It was confident sales momentum in France would recover this year and vowed to improve cash flow generation while maintaining a “high level of profitability.”

“The underlying cash burn of the French business is and should remain the real concern … we can’t be sure that 2022 will be really easier and that cash-burn will stop in France,” said Bryan Garnier analyst Clement Genelot.

Jefferies analysts said the desire to improve cash flows would be “challenged by a tough domestic context of accelerating input pressures.”

Casino, which ended 2021 with 562 million euros in cash and cash equivalents, said it would not pay a dividend for 2021 in order to prioritise debt reduction.

Group operating profit fell 12% to 1.19 billion euros in 2021. That reflected a 14% decline in core profit in France, where same-store sales fell 5.4%, notably due to the impact of the pandemic on the Paris region and on tourist flows. Sales remained robust in Brazil, Casino’s No.2 market.

To boost sales growth, Chief Executive Jean-Charles Naouri is banking on an accelerated expansion in convenience stores such as Monoprix, Franprix and Naturalia, targeting the opening of over 800 such stores in 2022, mainly under franchise.

To boost profitability, the group is looking to monetise client data, make savings from purchasing deals – notably with France’s Intermarche – and to focus more on e-commerce, organic food, convenience stores and energy services.

Casino has a partnership with online British grocer Ocado, which they extended this month to develop e-commerce logistics centres for retailers in France. 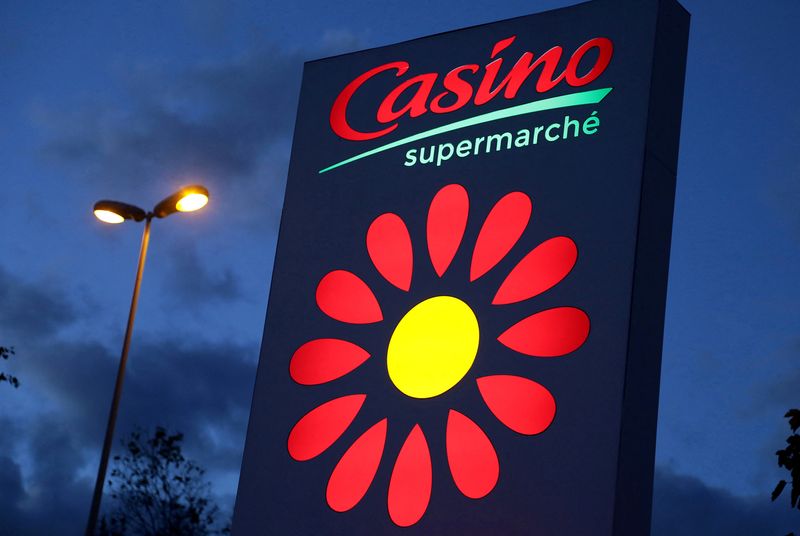