– U.S. curbs on exports to Russia for invading Ukraine look tough at first glance, but exemptions on everything from mobile phones to airplane parts coupled with the difficulty of policing shipments suggest a softer economic blow.

The restrictions imposed on Thursday, and similar measures being adopted by the European Union, the United Kingdom, Japan, New Zealand, Canada and other countries, are meant to hurt Russia over time.

“When you really parse this out, this is not a full-scale embargo by any means,” said Washington trade lawyer Doug Jacobson.

“There are a lot of carveouts,” he noted, such as cellphones for Russian civilians, certain oil field equipment, and aircraft parts necessary for flight safety.

Peter Harrell, on the White House National Security Council, said a month ago the United States would spare the average Russian from penalties and instead degrade Russia’s key industries and cost its military. The restrictions are based on who will use the technology, as well as the items.

In announcing the curbs on Thursday, U.S. President Joe Biden said that “between our actions and those of our allies and partners, we estimate that we will cut off more than half of Russia’s high-tech imports.”

The impact relies on multilateral cooperation and a dramatic expansion of the so-called Foreign Direct Product Rule, forcing companies that make tech items in other countries with U.S. tools to seek licenses from the United States before shipping to Russia.

Certain partner countries planning to adopt similar measures, however, are not subject to the new U.S. foreign direct product measures.

U.S. exports to Russia were less than $5 billion in 2020, according to Commerce Department statistics, but a senior Commerce official said the historic multilateral cooperation means that more than $50 billion in key inputs to Russia may be restricted.

The measures allow for exports of consumer items such as humanitarian goods and household electronics. Consumer communications devices, like cellphones and certain laptops, are permitted as long as they are not sent to entities that support the military, Russian government employees or certain affiliates.

“You can make a good argument that a better strategy would have been to do a much broader blanket thing, and if that hurts the average Russian, that’s OK,” said William Reinsch, a former Commerce Department official.

The rule’s complexities are a double-edged sword, Reinsch said. “The more complicated you make it, the harder it is to comply on the part of businesses.”

But few large companies depend on the Russian market and some exporters may just cut off Russia because it is too complicated, he added.

“It’s simpler for a company to say we’re going to have nothing to do with it. Stop all sales.”

One chipmaker said it had halted all supplies to Russia while figuring out which exports would violate the rules.

Enforcement may be tough. For example, it is hard to track a semiconductor made with U.S. technology in one country if it is later sent to a Russian company that supports the military through an intermediary, said Cordell Hull, another former Commerce official.

“The U.S. government will need to use every source available to it to ensure compliance with the rule.”

The Commerce Department plans to use its special agents, export control officers posted overseas, and analytic and investigative resources to identify violators, the senior official said.

Much depends on the cooperation and expertise of foreign manufacturers, along with physical inspections by non-U.S. enforcement authorities. 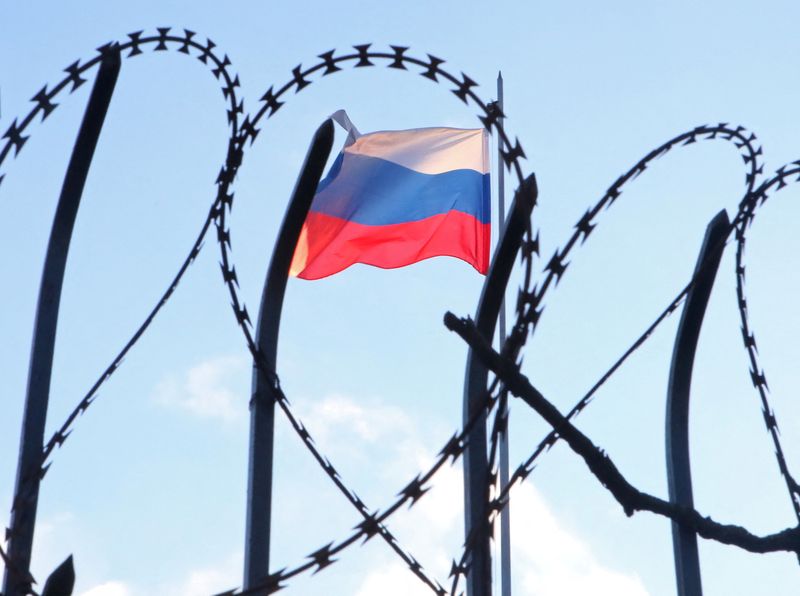