KYIV -Ukrainian forces downed an enemy aircraft over Kyiv in the early hours of Friday, which then crashed into a residential building and set it on fire, said Anton Herashchenko, an adviser to the interior minister.

It was unclear whether the aircraft was manned or whether it could be a missile. Kyiv municipal authorities said at least eight people were injured when the object crashed into an apartment block.

“Horrific Russian rocket strikes on Kyiv,” he wrote on Twitter. “Last time our capital experienced anything like this was in 1941 when it was attacked by Nazi Germany.”

A series of explosions were heard in Kyiv earlier, which Herashchenko said were the sounds of air defences firing at the aircraft. Further explosions could be heard just before dawn, a Reuters witness said.

Russia launched a full-scale invasion of Ukraine on Thursday and Kyiv has reported dozens of casualties and hundreds of wounded.

Authorities said intense fighting was under way on Friday morning in the city of Sumy in the country’s northeast, while a border post in the southeastern Zaporizhzhya region had been hit by missiles, causing deaths and injuries among border guards. 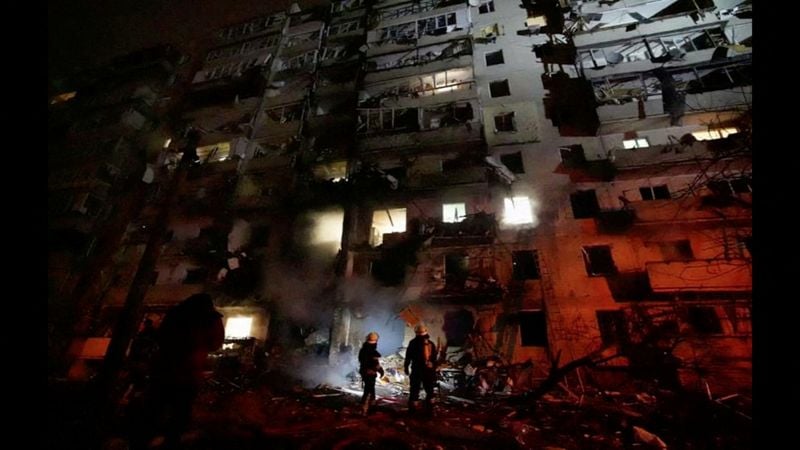 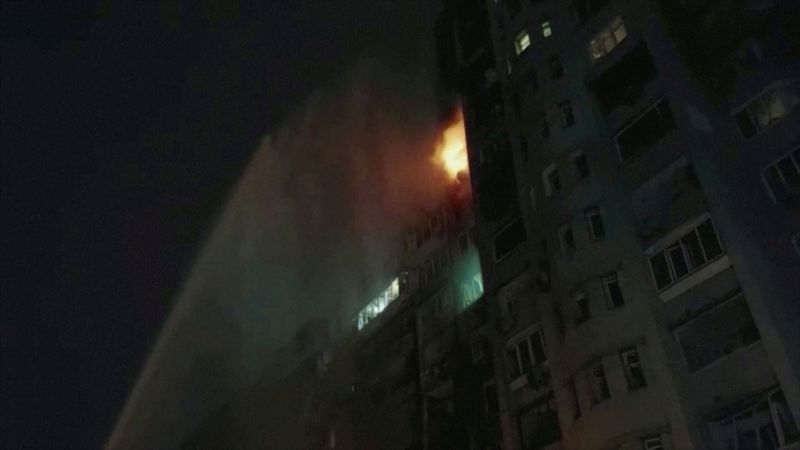 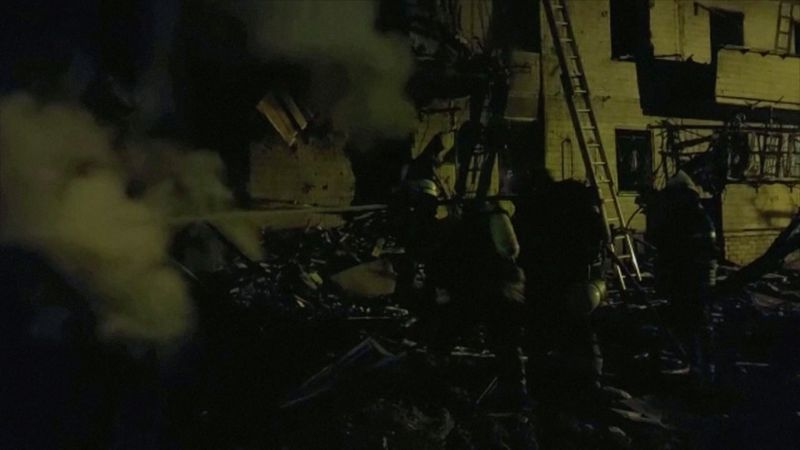 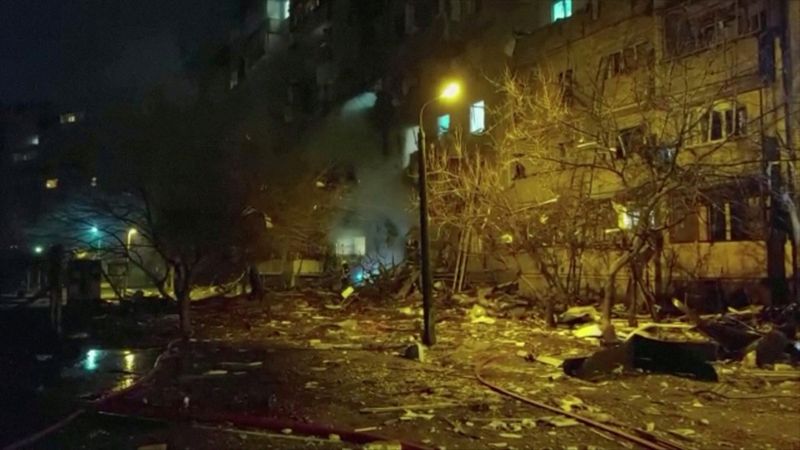