MUMBAI – Indian bond yields rose while the rupee fell on the week as Russia’s invasion of Ukraine weighed on investor sentiment, while the Indian government’s decision to go ahead with the last scheduled debt sale for the year also hurt bonds.

Ukrainian forces are battling Russian invaders on three sides after Moscow unleashed the biggest attack on a European state since World War Two, prompting tens of thousands of people to flee their homes.

India’s benchmark 10-year bond yield ended at 6.75%, down 1 basis point from its previous close but yields on the week were up 9 basis points.

“The auction went through today but if the government chooses to borrow more this year, we will see yields rising,” a senior trader with a private bank said.

The government raised 230 billion rupees at the last scheduled debt auction after having cancelled the last two auctions due to a comfortable cash balance position.

With economic growth in India having lost some momentum due to a third wave of COVID-19 and with inflation on a downward trend, the country’s monetary policy committee chose to retain its policy rate and stance, minutes of its Feb. 10 meeting showed.

Economists broadly expect rates to be held steady in the April policy meeting but are expecting some amount of tightening in the rest of the year depending on the evolving inflation situation, particularly if oil prices stay high.

Oil prices slipped on Friday, after sharp rises in the session, on concern over potential global supply disruptions from sanctions on major crude exporter Russia.

India imports more than two-thirds of its oil requirements, and high global prices can push up the current account deficit and also fuel imported inflationary pressures.

The partially convertible rupee ended at 75.29/30 per dollar stronger compared to its close of 75.65 in the previous session. The unit however dropped 0.8% on the week.

“We expect the SPOT USDINR pair to trade under pressure and test 76-76.25 levels during the coming week,” analysts at Emkay Global Financial Services wrote in a note.

“Levels around 75 are crucial support which if broken will trigger a correction towards 74.60 levels in the pair.” 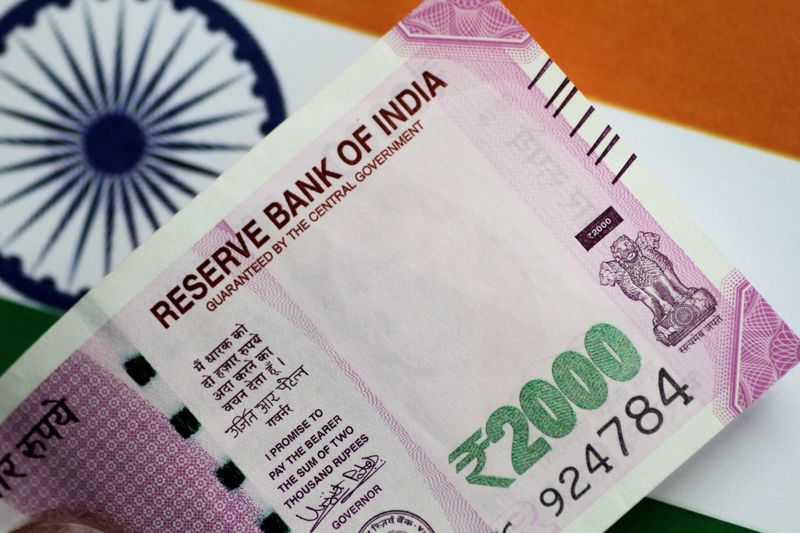