LONDON -British and Dutch gas prices plummeted on Friday amid profit taking after sharp gains the previous day on the Russian invasion of Ukraine and expectations west-bound gas flows via the Yamal-Europe pipeline could resume.

Traders said there was a correction in early trade which was later accentuated by auction results which showed the portion of the Yamal-Europe pipeline from Poland to Germany, which has been supplying gas in reverse mode since late December, could resume in the normal westward way later today.

East-bound gas supplies from Germany to Poland via the Yamal – Europe pipeline stopped on Friday, while preliminary bids have emerged for gas flows to the west, data from the Gascade pipeline operator showed.

However, physical flows had yet to flow west through the pipeline by 1700 GMT.

According to Poland’s Gaz-System, which operates the Polish section of the pipeline, gas capacity of 6.4 million kilowatt-hour per hour has been allocated for Gazprom for transit via the Kondratki transit point from 1500 local time (1400 GMT) on Friday until Saturday morning.

Refinitiv analysts said the recent price spike had made it cheaper to take Russian pipeline gas than buy gas on the spot market.

European Union carbon prices rose, with the benchmark December 2022 contract up 0.74 euros at 87.77 euros a tonne. 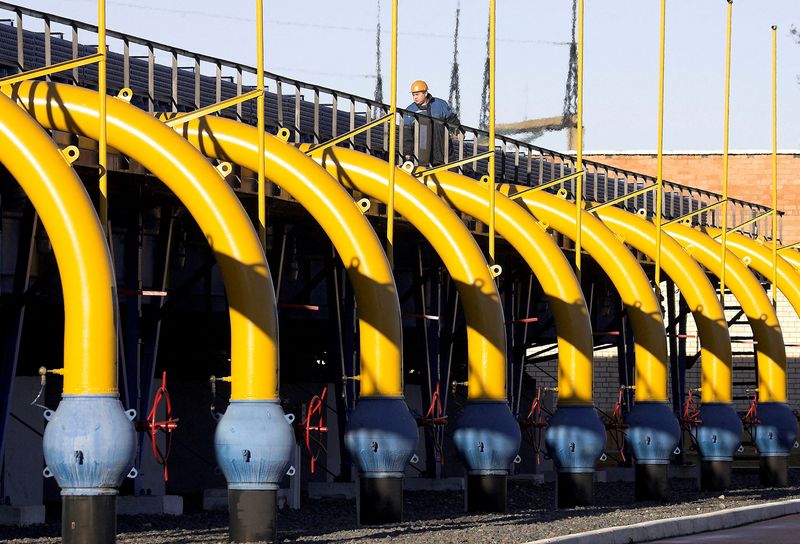