MOSCOW – French carmaker Renault will suspend some operations at its car assembly plants in Russia next week due to logistics bottlenecks that have caused component shortages, its local units said on Friday.

The move comes after Russia launched an invasion of Ukraine on Thursday although Renault, which has three car assembly plants in Russia, did not specify whether its supply chain had been affected by the conflict.

Renault, which returned to profit in 2021 after two years of losses, is among Western companies most exposed to Russia, where it makes 8% of its core earnings, according to Citibank.

In a statement, the French carmaker’s Russian unit said its Moscow production would stop from Feb 28-March 5 amid “some interruptions in supplies of components.”

“Interruptions are primarily caused by tighter border controls in transit countries and the forced need to change a number of established logistics routes,” the unit said, without naming any countries.

Separately, a car plant in Togliatti, central Russia, may stop some assembly lines on Monday, Russia’s top carmaker Avtovaz – which is controlled by Renault – said, citing persisting global shortage of electronic components. It said the plant should be fully operational on Tuesday.

The United States announced sweeping export restrictions against Russia on Thursday, hammering its access to global exports of goods from commercial electronics and computers to semiconductors and aircraft parts.

Neither Renault’s unit nor Avtovaz mentioned the invasion of Ukraine in their statements.

Even without the sanctions, sales of new cars in Russia are forecast to slow to 3.3% this year from 4.3% in 2021, because of the shortage of electronic components, logistics challenges and higher costs, according to the Association of European Business. 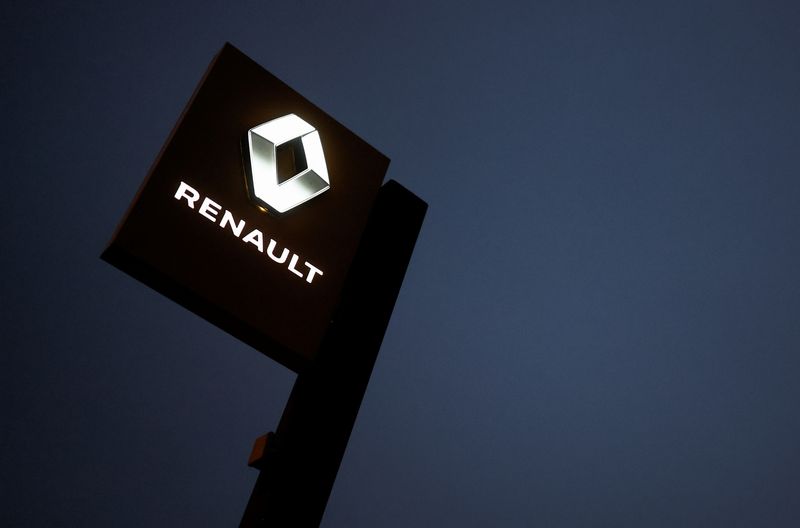