By Andrey Ostroukh and Alexander Marrow

MOSCOW – The rouble firmed on Friday after hitting all-time lows the previous day when Russia began invading Ukraine, while stock indexes rose sharply after their biggest one-day fall on record and the central bank stepped up support for sanctioned banks.

No Russian assets were left unscathed in heavy selling on Thursday. The fighting in Ukraine continued on Friday, with Russian missiles pounding Kyiv, families cowering in shelters and authorities telling residents to prepare Molotov cocktails to defend Ukraine’s capital.

The currency was supported by the first Russian central bank currency interventions since 2014, when Russia annexed Crimea from Ukraine.

The measures stopped short of disconnecting Russia from the SWIFT global interbank payments system or targeting its oil and gas exports, and Russia has spent the past seven years building up formidable financial defences.

“However, the possibility (of disconnection from SWIFT)remains and uncertainty hurts the market more than the worst sanctions – focus will be on developments in Ukraine, the potential for negotiations, and any further sanctions,” BCS Brokerage said in a note.

But analysts said Russia’s economy is unlikely to withstand the onslaught of coordinated sanctions from the West in the long run.

Clients of some Russian banks under Western sanctions will no longer be able to use their cards abroad or with mobile payment systems from Apple and Google, the central bank said, as it stepped up support for banks.

JP Morgan said it was interested to see what would happen to dividend payments, with the top five listed companies in Russia forecast to dish out $18 billion in dividends.

VTB Bank on Friday said it may still pay dividends for 2021, Russian news agencies reported, but would analyse all possibilities between now and April.

The market expects more action from the central bank, which has to address inflationary risks. The weakening in the rouble after the invasion of Ukraine is expected to dent living standards in Russia and to stoke inflation that is already close to 9%.

The central bank may now carry out an unplanned interest rate hike as it did in late 2014, when it raised the key rate to 17% from 10.5% late at night as the rouble plummeted, analysts say.

“We think a prompt out-of-schedule 400bp or bigger hike by the CBR is likely with the key rate exceeding 13%,” Morgan Stanley said in a note.

Alor Brokerage said the central bank could hike the rate by 2-3 percentage points in the near future, aiming at keeping the rouble near 80 to the dollar and 90 to the euro.

The central bank, which targets inflation at 4%, is next due to consider raising rates at its board meeting on March 18. 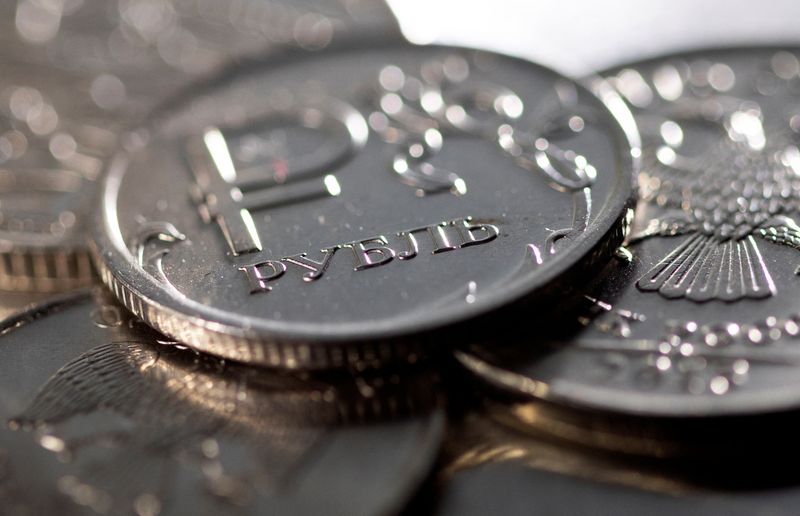 Inmate admits to the stabbing of another inmate

Inmate admits to the stabbing of another inmate