MOSCOW -Russia could resume westbound deliveries of gas to Europe along its Yamal pipeline on Friday after more than two months of reverse flows, auction data showed.

Gas in a section of the pipeline has been flowing eastward since December 21 as buyers in Poland drew on stored supply from Germany rather than buying more Russian gas at high spot prices. [NG/EU]

Capacity of 6.4 million kilowatt-hour per hour (kWh/h) has been allocated for Russian gas producer Gazprom via the Kondratki transit point from 1500 local time (1400 GMT) on Friday until Saturday morning, according to data from Polish system operator Gaz-System.

Data from German operator Gascade showed bids for the same volume via the Mallnow transit point to Germany from Poland.

There is no guarantee that westbound deliveries will resume, however, as Gazprom also booked capacity in early February but did not use it.

The pipeline usually accounts for about 15% of Russia’s westbound supply of gas to Europe and Turkey.

Russia has also boosted supply to Europe via Ukraine, a data showed.

Bids for supply to Slovakia from Ukraine via the Velke Kapusany border point stood at 796,815 MWh, up from 622,676 MWh on Thursday.

A spike in prices has made it cheaper to buy Russian pipeline gas than buy it on the spot market, Refinitiv analysts noted.

The Dutch TTF hub contract for March was down 27.43 euros but still high at 108.57 euros per megawatt hour (MWh) on Friday afternoon.

Eastbound supply to Poland from Germany via the Mallnow metering point stood at 2.92 million kilowatt hours per hour (kWh/h) on Friday morning, up from around 700,000 kWh/h hours earlier.

Bids for gas from Germany to Poland are expected to stay at that level until Saturday morning unless the pipeline returns to its normal westbound mode.

Gazprom, which can book pipeline capacity at daily auctions, has not ordered any transit capacity for February and March via the route.

It did not book capacity for the second and third quarters of the year and has no plans to hold spot gas sales at its electronic platform this week. 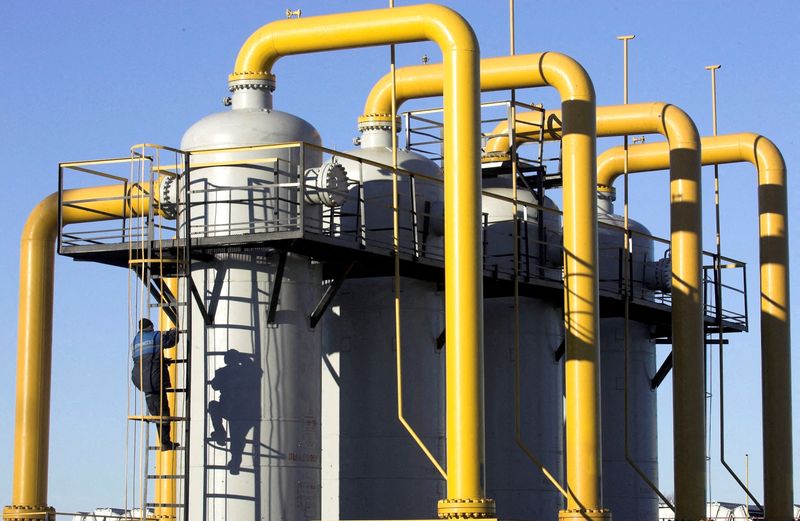