By Ceyda Caglayan and Can Sezer

The lira fell more than 5% on Thursday as investors worried about the impact on Erdogan’s plan to shrink the deficit — $14.9 billion last year — by increasing exports and growth while keeping interest rates low despite near 50% inflation.

Russians accounted for 19% of foreign visitors to Turkey in 2021, with 4.7 million people, while Ukraine was the third largest source of tourists at 8.3% with 2 million people.

Bulent Bulbuloglu, deputy head of the Turkish Hoteliers Federation, said bookings from Russia had fallen 70% in a day after Thursday’s invasion.

“There have been no booking cancellations from Russia after the developments, this is pleasing. But the flow has slowed,” he said, adding that bookings from Ukraine had not begun this year.

A worst-case scenario could see tourism revenues from the two countries fall $5-6 billion in 2022, Bulbuloglu said.

Turkey is aiming for $34.5 billion in revenue this year, as tourism returns to pre-pandemic levels.

Commodity prices jumped to multi-year highs on Thursday as investors anticipated tighter supply due to sanctions on Russian exports, transport disruptions and withholding by Moscow of goods such as metals.

Russia and Ukraine account for nearly 80% of Turkey’s grain imports but Ankara has said it does not foresee supply shortages due to the conflict and that it could turn to other sources.

“The developments will affect us very seriously. The Black Sea was like our inland sea,” Rint Akyuz, chairman of agricultural commodity importer Rotel, citing issues in the Sea of Azov and Odessa. “(Imports) will require much higher financing costs now,” he said, adding that transportation costs will jump three- or fourfold.

Higher energy costs will also hurt: Turkey spent $51 billion on energy last year and its near-total reliance on imports to meet its needs is one of the main constraints on the economy.

Oil prices have surged 8% since last week, while natural gas prices have soared 45% since the start of the week.

Turkey’s natural gas purchases rose 22% last year, mainly due to a drought that raised the share of gas used for electricity production. 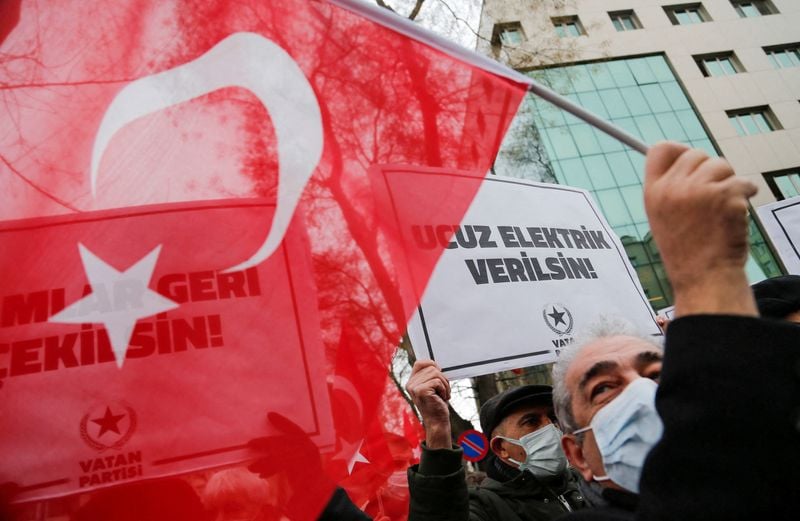