TAIPEI -A U.S. warship sailed through the sensitive Taiwan Strait on Saturday, part of what the U.S. military calls routine activity but which China described as “provocative”.

The Eastern Theatre Command of China’s People’s Liberation Army monitored the passage, which a spokesperson in a statement called a “provocative act.”

Taiwan’s Defence Ministry said the ship sailed in a northerly direction through the Strait, that its forces had monitored its passage and observed nothing out of the ordinary.

Taiwan is currently in a heightened state of alert due to Russia’s invasion of Ukraine, nervous that China may try to take advantage of the situation to make a move on the island though the government has reported no unusual Chinese manoeuvres.

China claims democratically ruled Taiwan as its own territory and has mounted repeated air force missions into Taiwan’s air defence identification zone (ADIZ) over the past two years, provoking anger in Taipei.

Taiwan’s Defence Ministry said that on Saturday eight Chinese aircraft – six fighters and two anti-submarine aircraft – flew into its ADIZ, to the northeast of the Taiwan-controlled Pratas Islands at the top end of the South China Sea.

Beijing calls Taiwan the most sensitive and important issue in its relations with Washington.

Like most countries, the United States has no formal diplomatic ties with Taiwan but is its most important international backer and arms supplier. 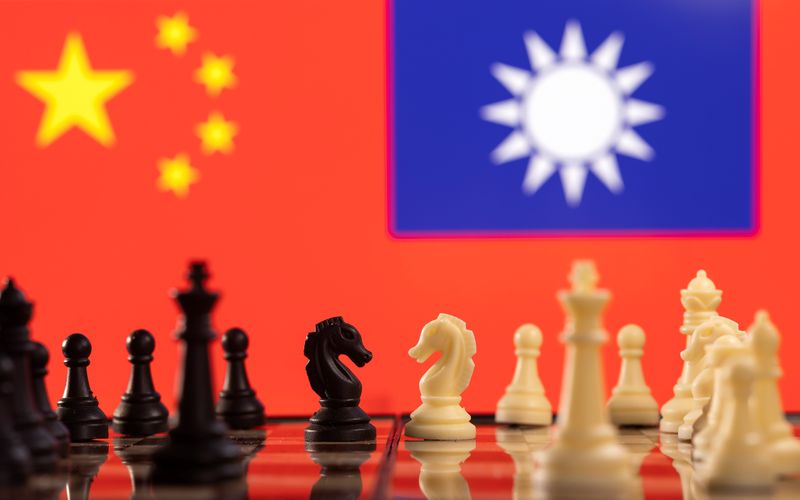