– The European Union has imposed two packages of sanctions on Russia for launching an “unprecedented and unprovoked military attack against Ukraine”.

Further sanctions, including the suspension of Russia’s access to the global SWIFT payment system, could follow. The measures come on top of sanctions already in place since Russia’s annexation of Crimea in 2014.

According to the EU, the sanctions are designed “to cripple the Kremlin’s ability to finance the war, impose clear economic and political costs on Russia’s political elite responsible for the invasion and diminish (Russia’s) economic base”.

This is a list of the measures imposed so far:

The EU has blacklisted hundreds of additional people, many of them members of the Russian parliament who voted for the recognition of the breakaway regions in eastern Ukraine. Their bank accounts in the EU are now frozen and they are banned from travelling to the bloc.

The most prominent individuals on the blacklist are Russia’s President Vladimir Putin and Foreign Minister Sergey Lavrov, although they are exempt from the travel ban. This is meant to enable negotiations with them should the opportunity arise.

Still, Putin is now one of only three world leaders blacklisted by the EU, along with Syria’s Bashar al-Assad and Alexander Lukashenko of Belarus. The blacklist currently includes 654 individuals and 52 entities in total.

Sanctions targeting Russia’s economy are designed to cut the country’s access to EU capital markets, increase borrowing costs for those sanctioned and gradually erode its industrial base.

They include an asset freeze and financial ban on three key Russian banks, add more state-owned companies to the sanctions list and ban Russian elites from depositing money in EU banks.

The sanctions also prohibit any form of lending and buying of securities by Russian banks and government, including the Russian central bank.

Seventy percent of the Russian banking system (measured by assets), government and key state-owned companies will no longer be able to refinance in the EU’s capital markets, according to EU Commission chief Ursula von der Leyen.

The sanctions ban the export of specific refining technologies, making it harder and more expensive for Russia to modernise its oil refineries. They add to an existing oil equipment ban imposed in 2014. Russia earned 24 billion euros in 2019 from refined oil exports to the EU, according to the bloc.

The EU has banned the export, sale, supply or transfer of all aircraft, aircraft parts and equipment to Russia as well as all services related to the repair, maintenance and financing of aircraft.

Three-quarters of Russia’s commercial air fleet were built in the EU, United States and Canada, according to the EU. The sanctions mean that “Russia will not be able to maintain its fleet to international standards”, the EU said.

The EU has toughened existing sanctions on goods that can be used for civilian as well as military purposes, targeting Russia’s military-industrial complex and limiting its access to advanced technology such as drones and software for drones, software for encryption devices, semiconductors and advanced electronics.

These measures are meant to downgrade Russia’s technological capabilities over time.

Russian holders of diplomat passports will no longer enjoy visa-free travel to the EU, and Russian government officials and business people will no longer benefit from lower fees when applying for a visa. This measure will not apply to Russian citizens in general, who will retain the benefits they currently have.

TRADE WITH BREAKAWAY REGIONS IN UKRAINE

The EU has imposed an import ban on goods from breakaway regions in eastern Ukraine, on doing business with tourism services there and on exports of certain goods and technologies. 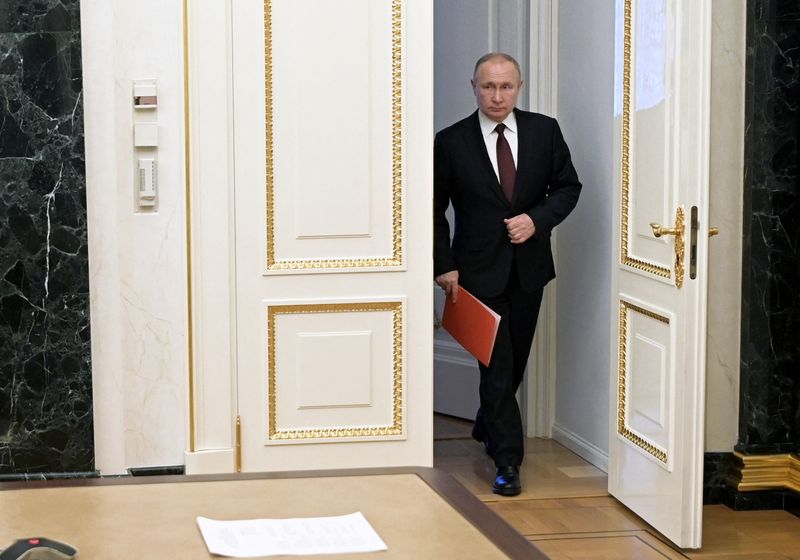